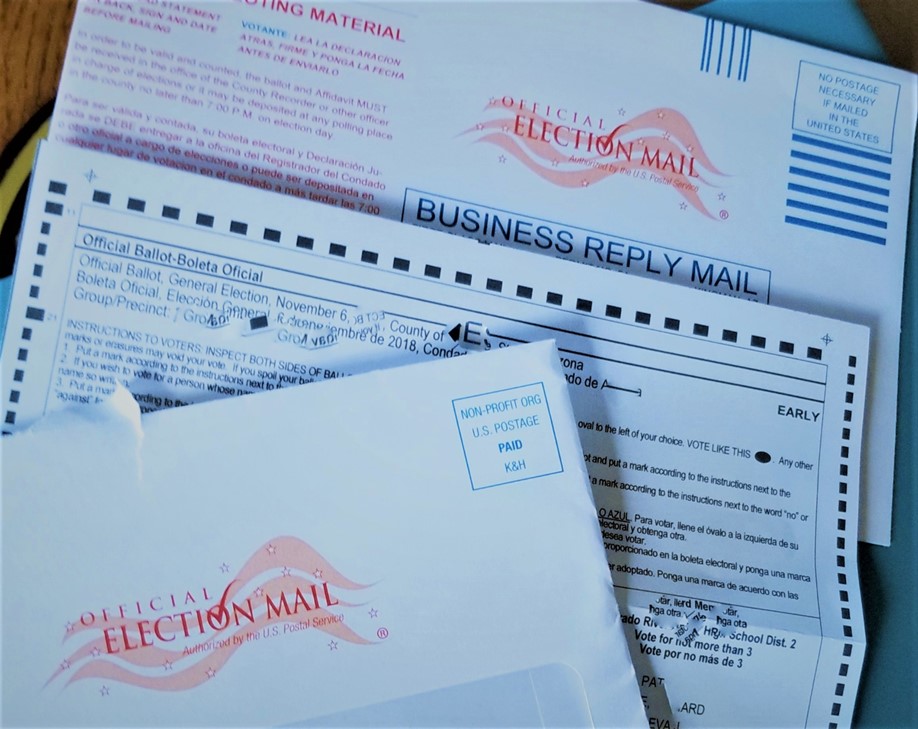 LOS ANGELES – A woman walking her dog in East Hollywood said she found more than 100 unopened, undelivered ballots on a sidewalk, and the Los Angeles County Registrar’s Office and the United States Postal Service are investigating.

Christina Repaci told Fox 11 that while walking her dog Saturday, May 7, she saw the envelopes in a USPS box, picked some of them up and saw they were ballots. She took them home and posted videos of the ballots on social media to share what she found, asking for guidance of what to do with them. She said she also called elected officials and the Los Angeles County Sheriff’s Department.

“I actually called the sheriff’s Department. I couldn’t get through, so I emailed them,” she told Fox 11. “I got an email back from a deputy basically in so many words saying it wasn’t their problem, and to contact the USPS.”

Repaci contacted the Registrar’s Office and asked it to pick up the ballots. Los Angeles Registrar-Recorder/County Clerk Dean Logan picked them up, Repaci said.

“Our office was notified over the weekend of a mail tray found containing approximately 104 unopened, outbound vote by mail ballots and additional mail pieces,” the Registrar-Recorder’s office said in a statement. “Thanks to the cooperation of the person who found the ballots, we were able to quickly respond and coordinate the secure pickup of the ballots.

“We have reissued new ballots to the impacted voters. Early signs indicate that this was an incident of mail theft and not a directed attempt at disrupting the election. We are cooperating with the United States Postal Service and law enforcement to investigate.

“Security protocols such as signature verification are in place to protect against any misuse or wrongdoing of vote by mail ballots. If a voter sees or hears something that could impact the voting process, they are encouraged to call our office directly at 800-815-2666 or email voterinfo@rrcc.lacounty.gov.”

A statement released by the Postal Service noted it was made aware of the ballots and subsequently reached out to the United States Postal Inspection Service to look into the discovery.

“Utilizing proven mail-fraud detection and loss prevention strategies and countermeasures, the U.S. Postal Inspection Service, as the federal law enforcement and security arm of the Postal Service, actively identifies attempts to compromise the mail system on which our nation depends,” said Natashi Garvins of USPS Strategic Communications. “In doing so, the Inspection Service works closely with our state and local law enforcement partners, as well the Postal Service’s Office of the Inspector General and the Federal Bureau of Investigation, to respond to and investigate election crimes involving the U.S. Mail.”

California voters can fill out ballots and mail them from home — with no postage needed — or deliver them to any of the registrar’s official ballot drop box locations around the county through Election Day. A signature is required for a vote to count.

Voters who return their ballot through the U.S. Postal Service can track it by signing up for “Where’s My Ballot?”

Voters can also choose to vote in person at any vote center.