LANCASTER – Authorities are seeking the public’s help to find a man who has depression who went missing in Lancaster.

Williams is Black, 6 feet tall, weighs 190 pounds, and has black hair and brown eyes. He was wearing a white hoodie, brown pants and black shoes.

“Mr. Williams has a possible destination of Pierre Bain Park or W. Lancaster Boulevard and Sierra Highway in Lancaster,” a sheriff’s statement said. “His family is concerned with his wellbeing and asking for the public’s help.” 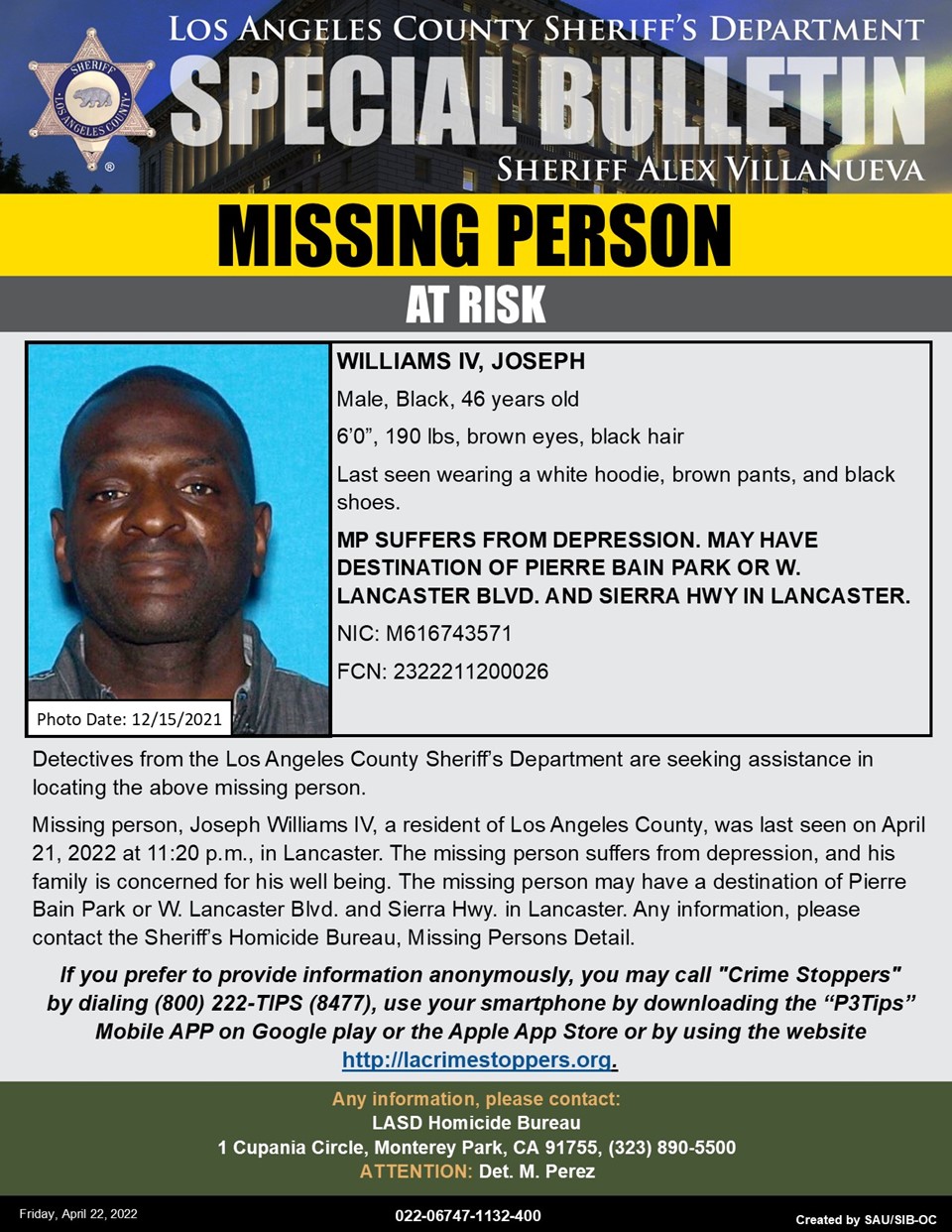