LANCASTER – Authorities are seeking the public’s help to find a man who is bipolar who went missing in the Lancaster area.

Buck Alan Jones, 49, was last seen around 10 p.m. Thursday, March 17, in the 1600 block of West Avenue J, according to the Los Angeles County Sheriff’s Department.

Jones is white, 5 feet 10 inches tall, weighs 180 pounds, has blue eyes and is bald. He was wearing a brown jacket, gray pants and gray sandals.

“Mr. Jones is bipolar and suffers from PTSD,” a sheriff’s department statement said. “His loved ones are concerned for his well-being and asking for your help.”

Anyone with information about the whereabouts of Buck Alan Jones is encouraged to call the sheriff’s Missing Persons Unit at 323-890-5500, or Crime Stoppers at 800-222- TIPS. Tipsters may also use the website http://lacrimestoppers.org. 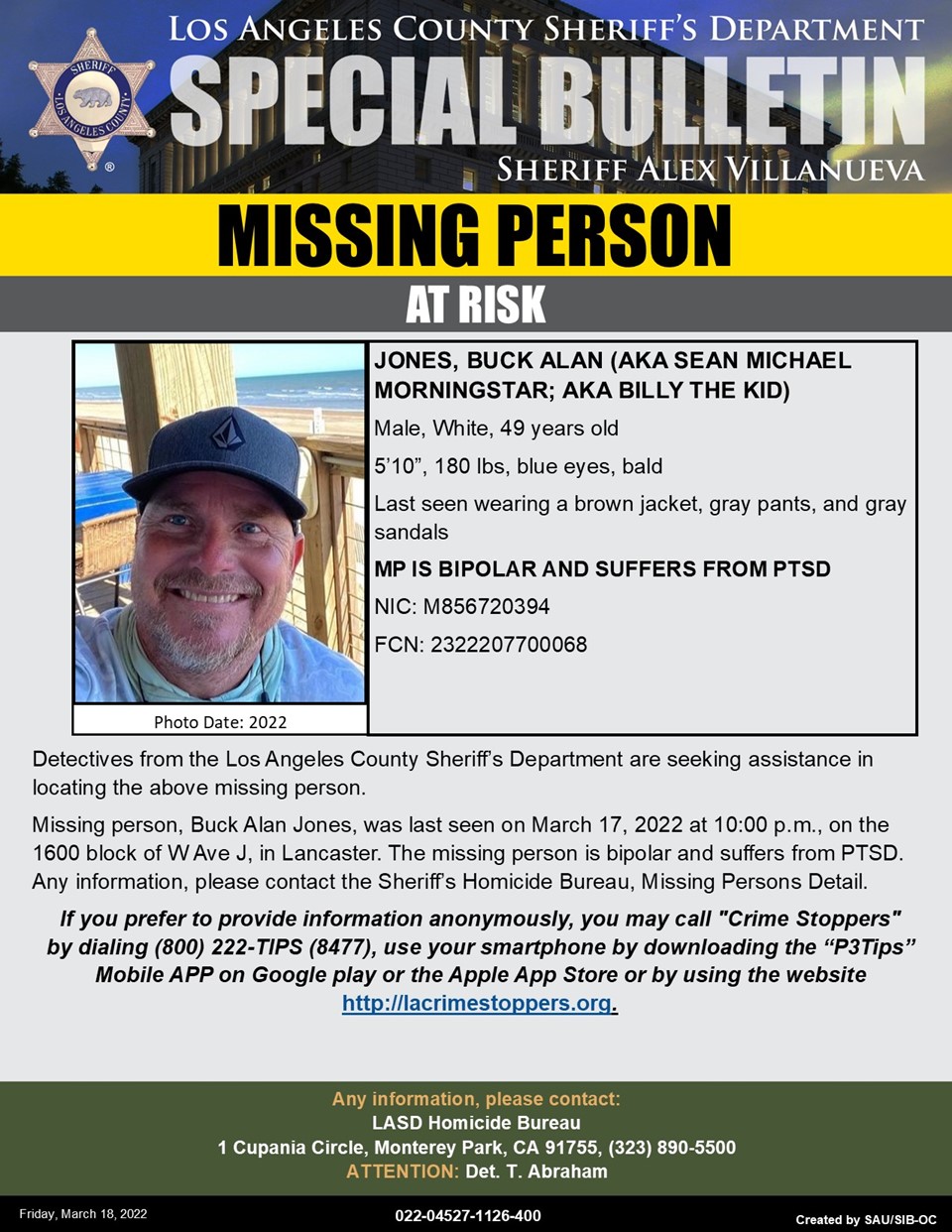