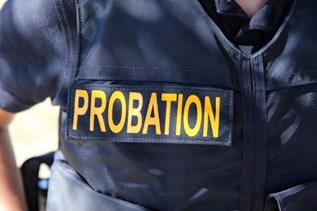 The still-unofficial Los Angeles Superior Court lawsuit alleges the abuses took place from 1996 through 2001 at the detention facility for juveniles convicted of criminal offenses and operated by the county Probation Department. The camp closed in 2020. At the time of the alleged abuse, Camp Scott housed females aged 12 to 18.

“This action seeks to vindicate the rights of numerous women who were sexually abused, harassed and molested at the hands of Los Angeles County deputy probation officers and employees,” the plaintiffs’ court papers state. A representative for the county did not immediately reply to a request for comment.

According to the plaintiffs, sexual harassment, assault and rape of vulnerable child inmates by deputy probation officers, acting as guards, was rampant and was ignored by supervisors. The alleges abuses “were committed for no other reason than to satisfy the (alleged) perpetrators’ own prurient sexual desires at the expense, suffering and demise of vulnerable and defenseless juveniles,” according to the plaintiffs’ court papers.

“Vulnerable children often enter the system because of abuse they have suffered at home or on the streets,” Manly said in a statement. “The probation system should offer these youthful offenders restorative justice instead of perpetuating their cycle of abuse. The criminal conduct of those who used their positions of authority to sexually assault these children must be exposed. These despicable people and those who enabled them must be held accountable.”

Los Angeles County probation officers are responsible for protecting 3,000 youths in 21 halls and camps in one of the nation’s largest juvenile justice systems. During the past two decades the Probation Department facilities have been riddled with accusations of sexual harassment, sexual abuse, and rape of boys and girls by officers and employees who are both male and female, the plaintiffs allege.

As a result of the alleged abuses, the plaintiffs now lack trust in males and authority figures, struggle with interpersonal relationships, suffer from nausea and headaches, experience flashbacks and have difficulty sleeping, the plaintiffs’ court papers state.