A five-day sweep to remove guns from people legally barred from possessing them in Los Angeles County resulted in 13 arrests and the seizure of 114 firearms, the California Department of Justice announced Tuesday.

The sweep targeted people who are prohibited from possessing firearms under the DOJ’s Armed and Prohibited Persons System, Attorney General Rob Bonta said.

“California’s Armed and Prohibited Persons System is a critical tool that makes the work of cracking down on illegal gun ownership and possession possible,” Bonta said. “… Collaborative efforts like these increase our success in taking guns out of potentially dangerous hands, reducing gun violence, and keeping our neighborhoods safe,” he added.

In 2006, California became the only state in the nation to establish a system for tracking firearm owners who fall into a prohibited status. The APPS database works to identify individuals who lawfully procured firearms and later became prohibited from owning or possessing them. In general, prohibited persons in APPS include individuals who were convicted of a felony or a violent misdemeanor, were placed under a domestic violence or other restraining order, or suffer from serious mental illness. 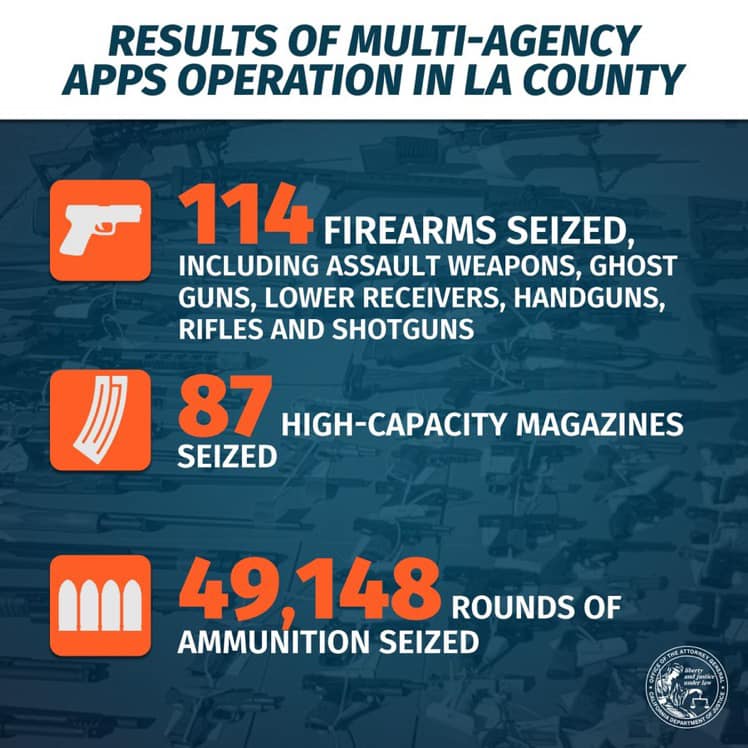