UPDATE 2/25/22: Shaneece Marianisabel Flax has been found, the Los Angeles County Sheriff’s Department reported. Other details were not released.

LANCASTER – Sheriff’s detectives are appealing to the public for help locating a 26-year-old woman who has depression and went missing Sunday evening from Lancaster.

Shaneece Marianisabel Flax was last seen about 5 p.m. Sunday, Feb. 13, on the 3100 block of East Avenue H-8 in Lancaster, according to a news release from the Sheriff’s Information Bureau.

“Her family is very concerned for her well-being,” the news release states.

Flax is Black, 5 feet, 5 inches tall, 160 pounds, with brown hair and eyes and was wearing a yellow tank top. She was driving a newer black Hyundai Accent with paper license plates, according to the sheriff’s news release.

Anyone with information on her whereabouts is encouraged to contact the the Los Angeles County Sheriff’s Department’s Missing Persons Unit at 323-890-5500 or Crime Stoppers at 800-222-TIPS (8477). 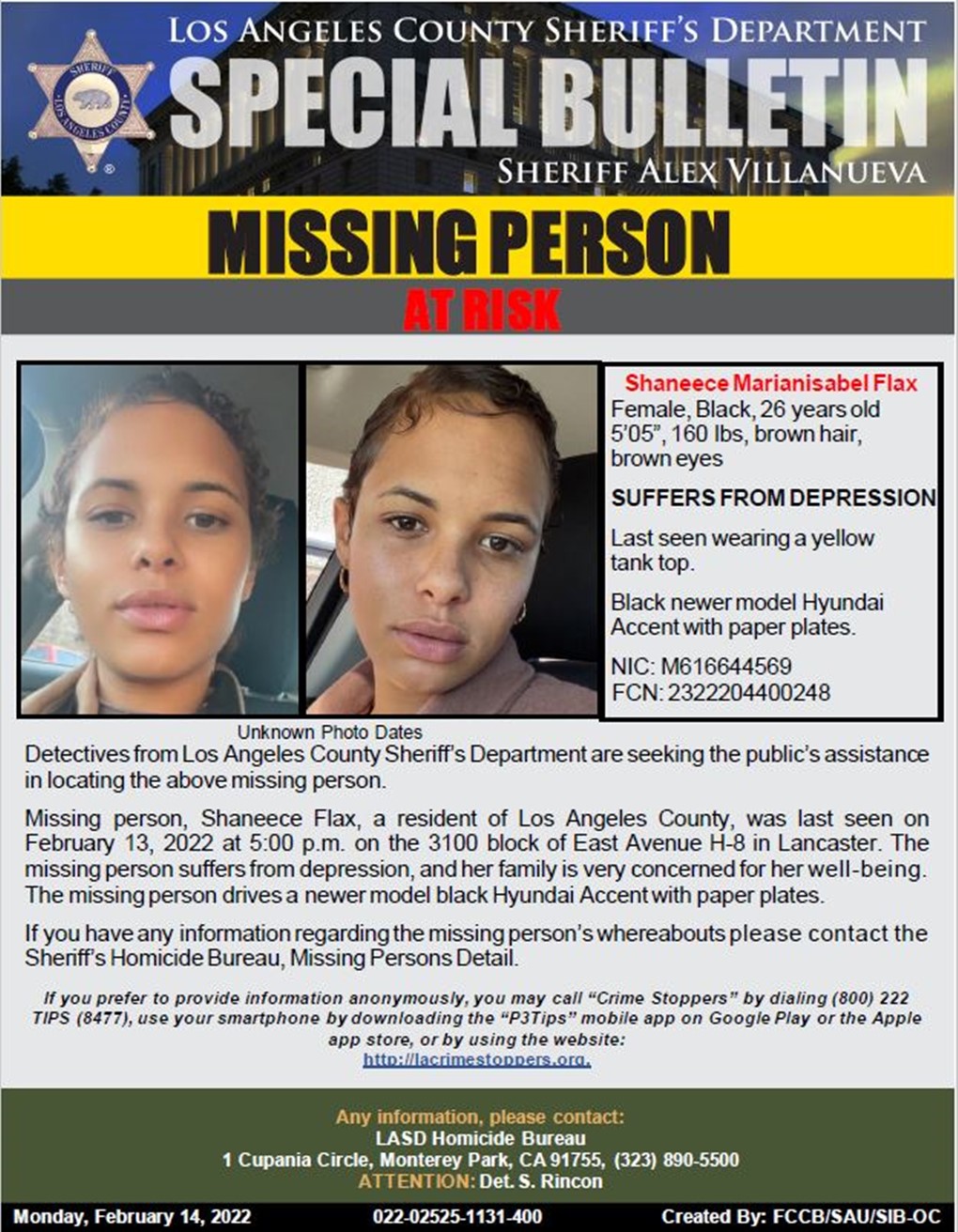