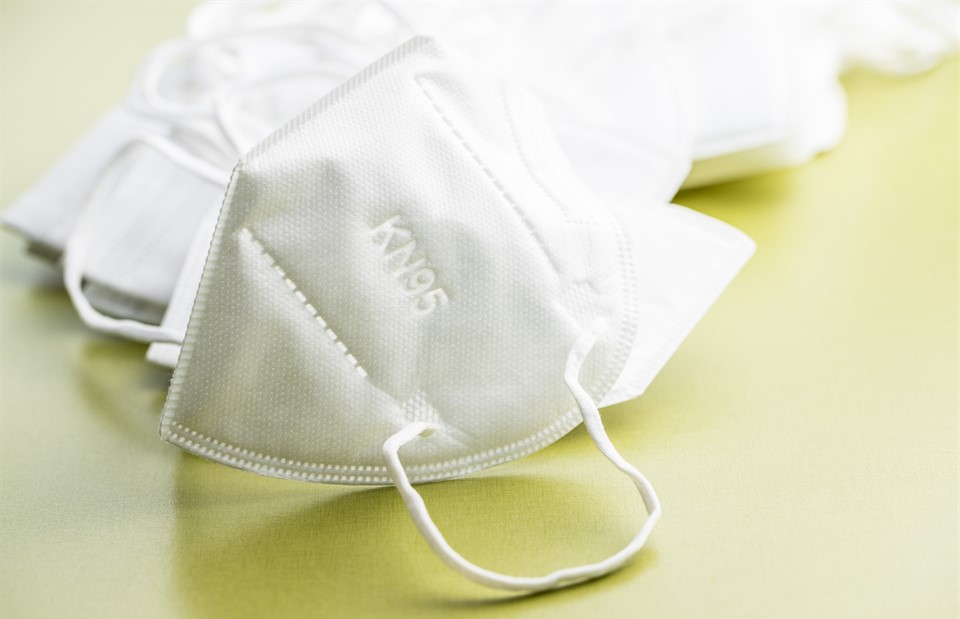 LOS ANGELES – Every fan attending Sunday’s Super Bowl at SoFi Stadium will be given a KN95 mask, with face coverings still mandated by the county at large outdoor events due to the COVID-19 pandemic, but it remains to be seen whether fans will actually follow the rule.

Two weeks ago, the vast majority of fans attending the NFC championship game at SoFi between the Rams and San Francisco 49ers were seen on camera ignoring the mandate. Even Gov. Gavin Newsom, Los Angeles Mayor Eric Garcetti, Magic Johnson and actor Rob Lowe took some heat for being photographed without masks.

The lax adherence to the mandate led one county supervisor, Kathryn Barger, to suggest that the mask rule be rescinded, since it apparently wasn’t being followed anyway. But the mask rule will remain in effect for the Super Bowl, and stadium officials insisted they will enforce it. The rule requires masks at all times, except when “actively” eating or drinking.

“That doesn’t mean you buy a bucket of popcorn and eat it for two hours. Actively eating and drinking,” Russ Simons, senior vice president for campus and facility operations for SoFi Stadium, said earlier. “We’re on to you.”

As was the case during all games at the facility this season, all attendees will also have to show proof of COVID vaccination or a recent negative test to enter SoFi Stadium. John Barker, head of live event operations and production for the NFL, said the league has been preparing for Super Bowls during COVID-19 for nearly two years, and it is “extremely confident in the plans we have in place.”

Many of the measures have been in effect at SoFi Stadium throughout the season, including:

— UVC lighting to sanitize the field; and

— touchless hand sanitizer stations, as well as touchless soap, water and towel dispensers in the restrooms.

The pandemic has been a constant point of inquiry leading up to the game. Some critics have questioned the propriety of holding such a major event in a county still in the throes of a pandemic. Others have scoffed at the need for the mask mandate, citing falling case numbers and the state’s plan to lift its indoor mask-wearing requirement this week.

“We do ask that everyone take care to minimize risk during the pandemic,” Ferrer said. “Whether attending the game at SoFi Stadium a pre- game event or gathering at someone’s home, many of us will be spending several hours eating, drinking, cheering and shouting with people from very different households.

“Because these are all conditions that can make it easy to spread COVID-19, we’re asking fans to follow some common-sense recommendations that can reduce the chance that they expose themselves or others to COVID-19,” she said. “It still makes sense to get vaccinated or boosted before the game. Consider getting a rapid COVID-19 test as close to the start of the game as possible as an added precaution, especially if you’re gathering indoors or with people who are unvaccinated or at higher risk of severe illness.”

For people hosting Super Bowl parties at home, Ferrer again stressed that outdoor gatherings are safer than indoors. She said if an outdoor gathering isn’t feasible, indoor watch parties should be held to a minimal number of people, preferably people who are vaccinated. If not, attendees should do their best to maintain their distance from others.

For people planning to watch the game at a bar or restaurant, “please be safe and follow the venue’s masking requirements,” Ferrer said. “And in some places in L.A. County there are vaccination verification requirements as well.”