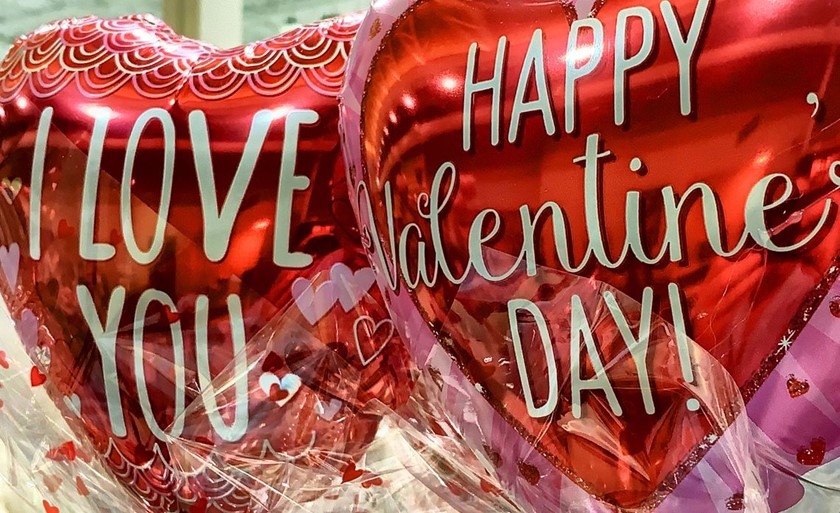 Chocolates, flowers and greeting cards are ubiquitous expressions of love on Valentine’s Day.

So are metallic balloons.

But there’s nothing to love about released metallic balloons and the public safety hazards and power outages that can ensue when they contact electrical equipment.

Witness the 944 Southern California Edison customers in Long Beach who lost power on Valentine’s Day last year for nearly nine hours after metallic balloons floated into and downed power lines, requiring extensive repairs. Or the 70,000 customers in six cities, including Cerritos, Lakewood and Norwalk, who lost power at 4:08 p.m. last Sunday when metallic balloons landed in substation equipment in Cerritos.

In all, SCE experienced 1,103 metallic-balloon-caused outages last year — its second-most ever — that impacted 1.6 million customers for 7,630 hours. The spike that drives those numbers typically begins with Valentine’s Day.

It is why SCE urges owners of the colorful gifts to do one simple but all-important thing to avoid causing serious problems.

The explosions that can occur when metallic balloons land on electrical equipment represent the greatest threat because they can bring down power lines and potentially lead to severe injuries, fires and property damage. SCE reminds its customers to stay away and call 911 if they ever see downed lines.

However, the most pervasive and continuing problem posed by adrift metallic balloons are the disruptive power outages that have actually increased amid the COVID-19 pandemic. While the spike in outages that typically starts in February and peaks in June is still unfortunately the rule, SCE has seen outages rise by more than 50% in the relatively quieter months near the end of the year during the pandemic.

This is all despite state laws, public service announcements and even metallic balloon bans.

“The outages and, especially, the threat to public safety is totally preventable,” said Martinez. “With safety as the ultimate concern, we want our customers to understand the risks and always be responsible by, intentionally or unintentionally, never releasing metallic balloons outdoors.”

— Metallic balloons should always be tied to a weight or a sturdy table.

— Stores and vendors should only sell properly weighted balloons.

— Keep the balloons indoors when possible.

— Like kites, never try to retrieve balloons tangled in electrical equipment. Call 911 instead.

— Puncture balloons before disposing of them.

About the author: Paul Netter is a communications executive at Southern California Edison.