Rodriguez, who should be considered armed and dangerous, is accused of killing 34-year-old Frank Fuentes, according to an LASD Special Bulletin.

Sheriff’s officials said Fuentes was driving past his ex-girlfriend’s home when he saw Rodriguez in a car parked in the driveway. Fuentes approached Rodriguez and the two argued and then fought in the driveway, according to a news release from the Sheriff’s Information Bureau,

“Suspect Rodriguez drew a handgun and shot the victim multiple times, [killing him]. Suspect Rodriguez entered his car, a silver 2009 Honda Accord, and sped away east on Avenue Q-14 out of sight,” the sheriff’s news release states.

Anyone with information about Rodriguez or his whereabouts is asked to call the Sheriff’s Homicide Bureau at 323-890-5500. Anonymous tips can be called in to Crime Stoppers at 800-222-8477 or submitted online at lacrimestoppers.org. 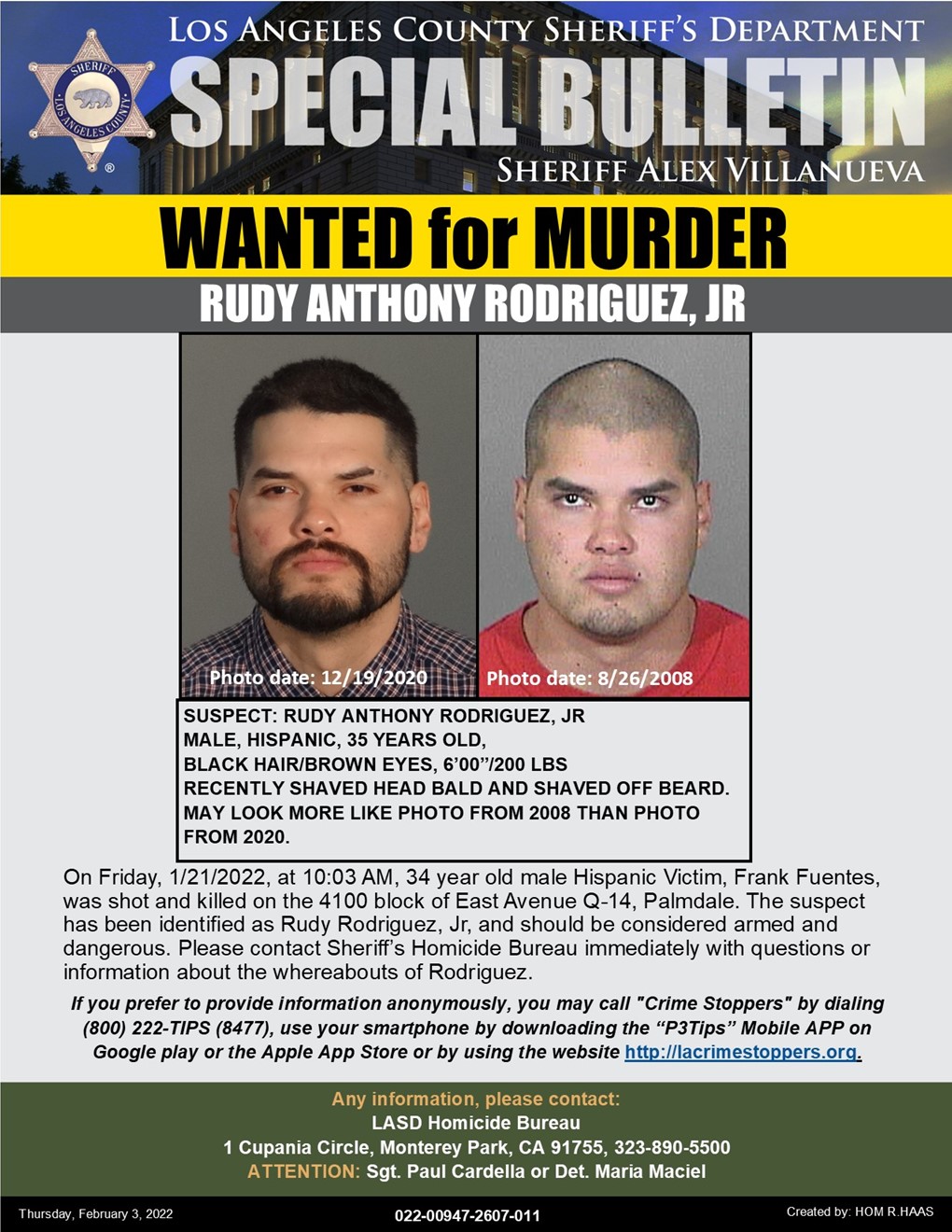