LANCASTER – If you recognize this man and woman, then Lancaster Sheriff’s Station detectives would like to hear from you.

Both suspects are wanted for identity theft.

Darline Rodriguez is described as a 39-year-old Hispanic female with brown hair and brown eyes. She is 5 feet 7 inches tall and weighs around 250 pounds. She has an outstanding warrant for $50,000.

Manuel Navarro is described as a 25-year-old Hispanic male with brown hair and brown eyes. He is 5 feet 7 inches tall and weighs around 270 pounds, He also has an outstanding warrant for $50,000.

Anyone with information on the location of these suspects is urged to contact Detective Maloney at the Lancaster Sheriff’s Station at 661-948-8466. To remain anonymous, call Crime Stoppers at 800-222-TIPS (8477). 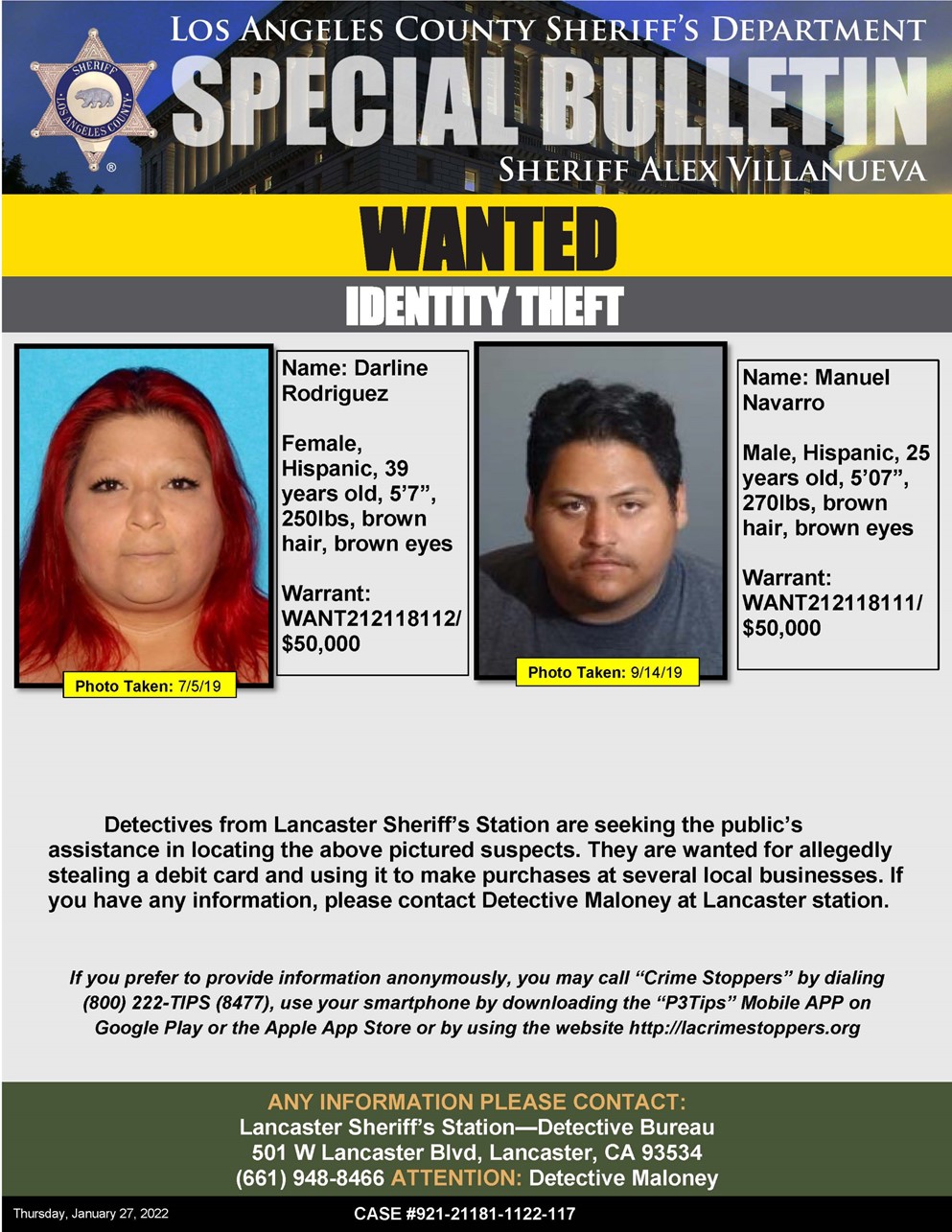