PALMDALE – Authorities are circulating a photo of a 29-year-old Palmdale resident who went missing in South Los Angeles on Halloween.

Deonte LaShaun Kemp, also known as “DD” and “Cowboy,” was last seen Oct. 31 at about 4 p.m., on 54th Street in South Los Angeles, according to the Los Angeles County Sheriff’s Department.

Kemp is described as Black, 5-feet-9-inches tall and 200 pounds, with black hair and brown eyes. He had a goatee and a tattoo of a lion on his chest. He was last seen wearing a white shirt and blue jeans.

“His loved ones are concerned for his well-being and asking for your help,” sheriff’s officials said in a news release.

Anyone with information regarding Kemp’s whereabouts is encouraged to call the sheriff’s Missing Persons Unit at 323-890-5500 or Crime Stoppers at 800-222-8477. 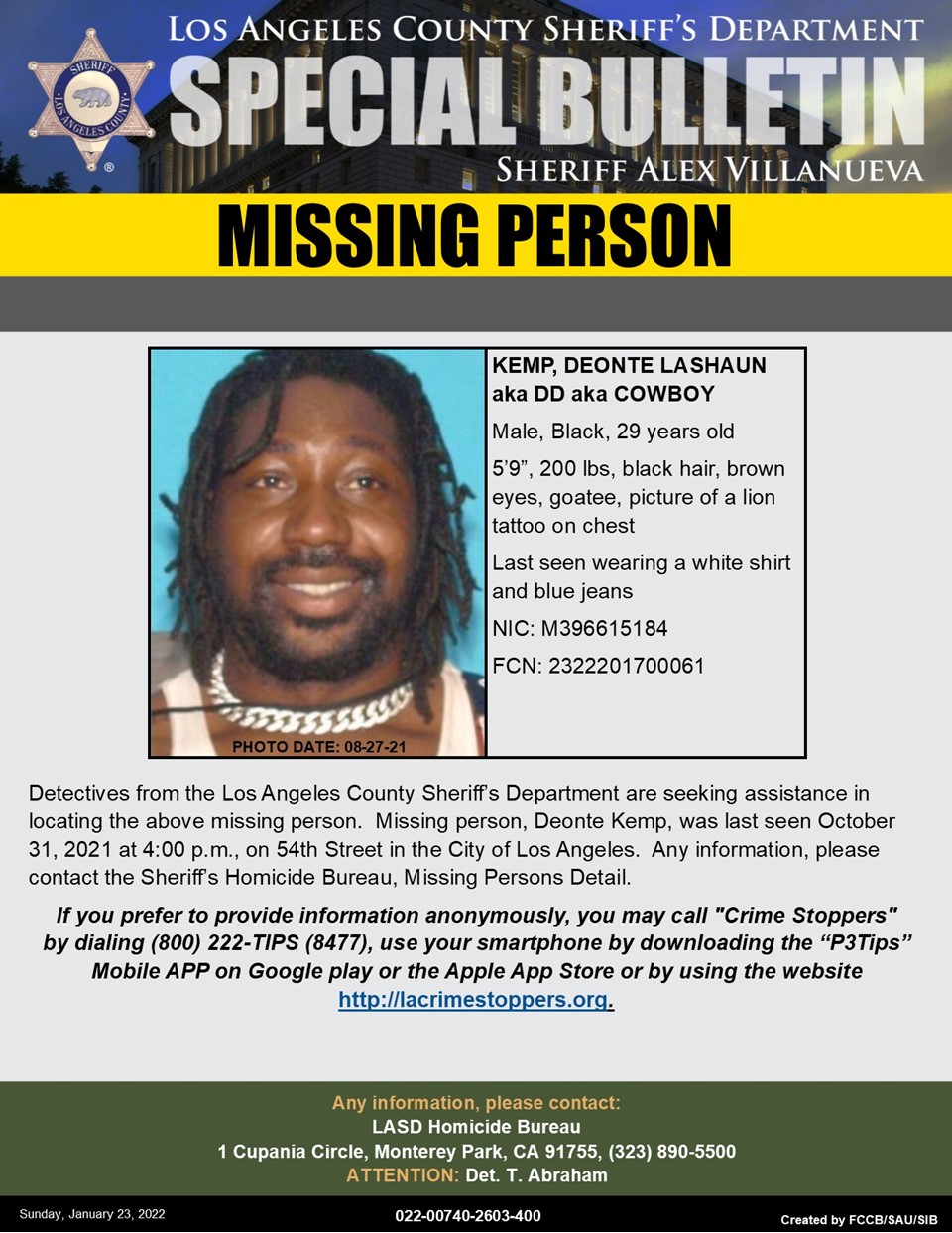