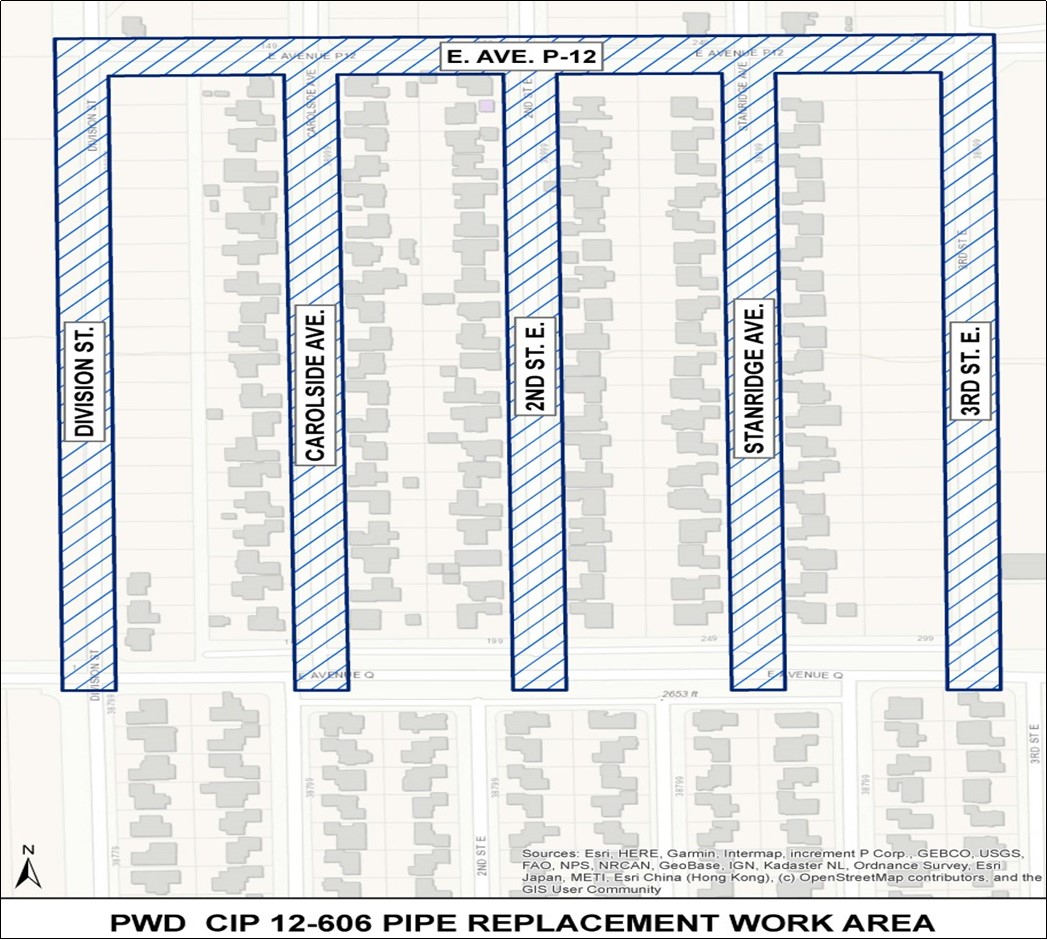 “This is one of our bigger water main replacements for this year,” said Engineering Manager Scott Rogers. “We hope to limit some of the disruptions to the community by keeping everyone informed. Once the work s completed, we look forward to fewer leaks in this area.”

Most the existing pipes in the project area are double-dipped and wrapped steel from the 1950s. Contractors will replace them with ductile iron pipes and install new services to the District’s existing customers. Once this project is completed, PWD will have about 3.5 miles of 1950s pipes remaining in its system that has 400-plus miles of pipes.

For more information on these projects, contact the Palmdale Water District at 661-947-4111, or visit www.palmdalewater.org.

[Information via news release from the Palmdale Water District.]