UPDATE: Authorities on Saturday, Dec. 11, announced that Michael John Ouimet had been found. Sheriff’s officials did not say when or where Ouimet was found.

Authorities are seeking the public’s help to locate a 62-year-old man who went missing the day before Thanksgiving and was last seen in Lancaster.

Michael John Ouimet was last seen about 3 p.m. on Nov. 24 in the 100 block of West Avenue K, according to Deputy Alejandra Parra of the Sheriff’s Information Bureau.

Ouimet is white, 5 feet, 10 inches tall and weighs 165 pounds, with a white beard, green eyes and receding gray hair. He is also known to wear glasses.

Anyone with information on Ouimet’s whereabouts is encouraged to call the Sheriff’s Missing Persons Unit at 323-890-5500. Anonymous tips can be called in to Crime Stoppers at 800-222-8477 or submitted online at lacrimestoppers.org. 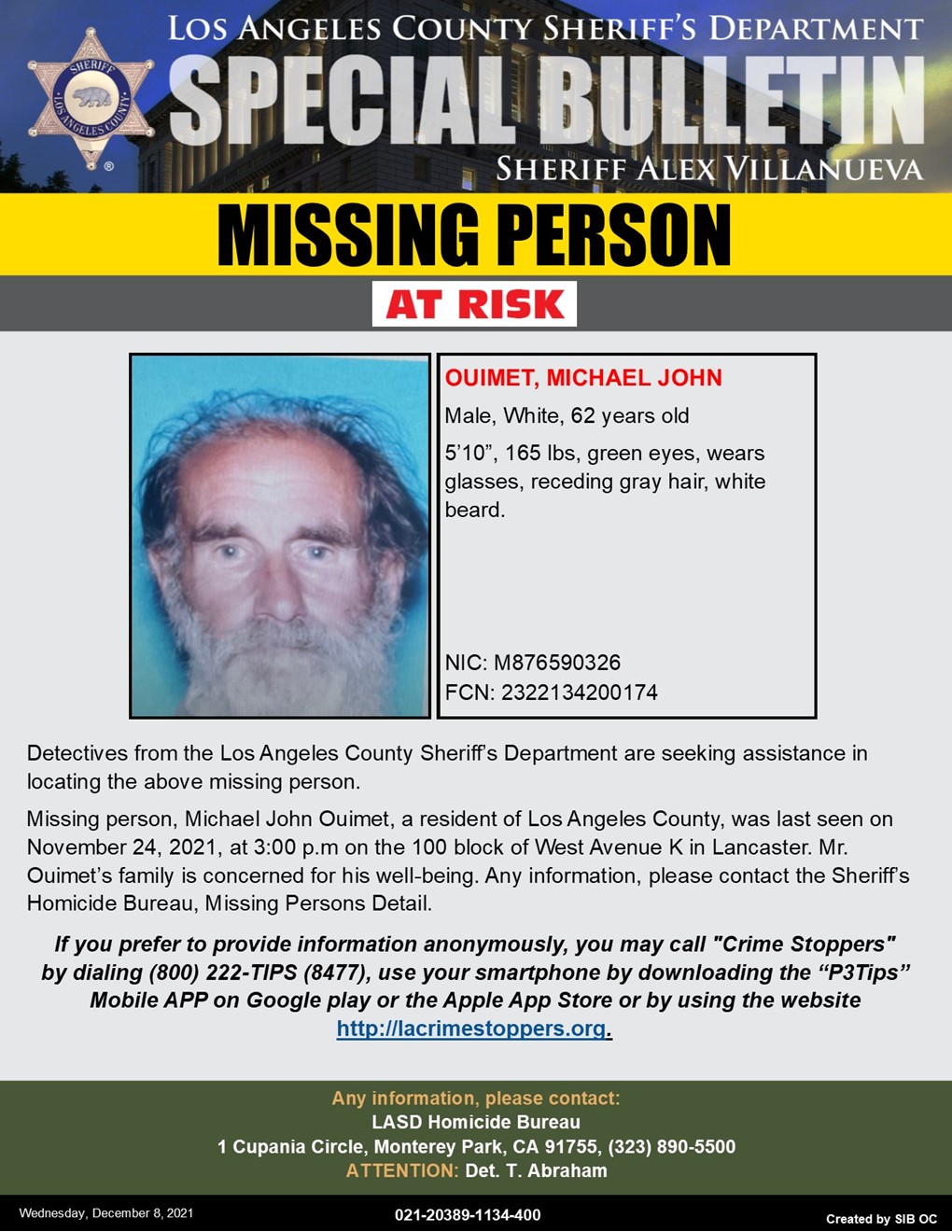