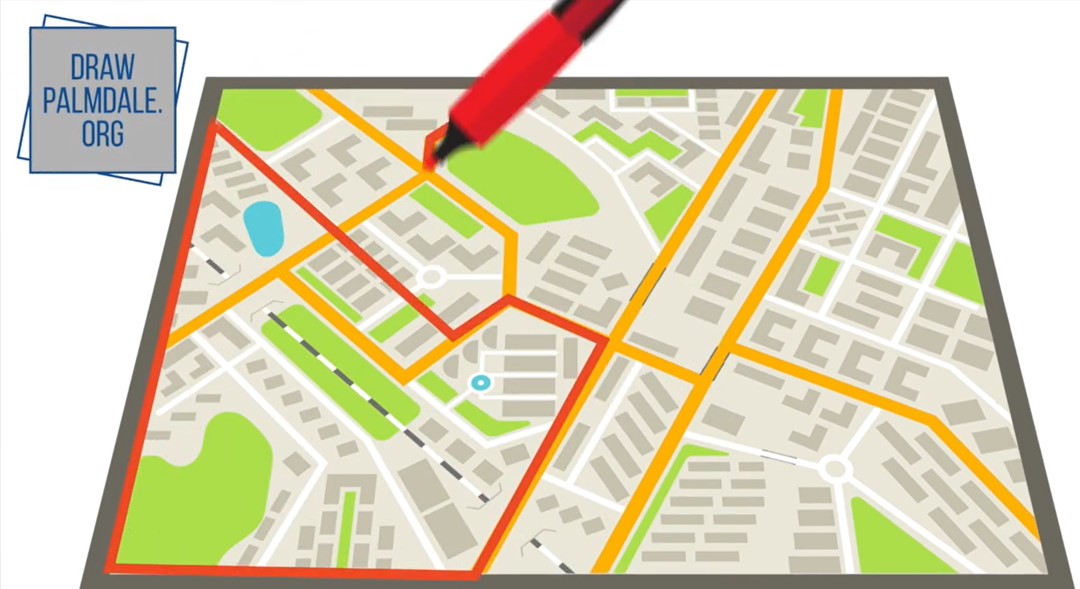 PALMDALE – The city of Palmdale is in the final stages of its city council redistricting process which, upon completion, will determine the boundaries of City Council voting districts for the next 10 years. Using public input on communities of interest and submitted maps from the public, the City Council will adopt a new map in accordance with the FAIRMAPS Act, which states districts must be:

Residents are encouraged to share their preferences, draw their own maps and provide feedback on draft maps for the City Council to consider when making a final decision. There are four upcoming public meetings:

How to Draw A Map

Paper and online mapping tools and tutorials are available on the Draw A Map page of the City’s redistricting website. Community members can submit as many maps as they would like throughout the redistricting process. Draft maps can be submitted to Redistrict2021@CityOfPalmdale.org.

Based on a statutory deadline, a new City of Palmdale district map must be adopted no later than April 17, 2021. The new map and election sequencing would then go into effect for the city’s next election cycle.