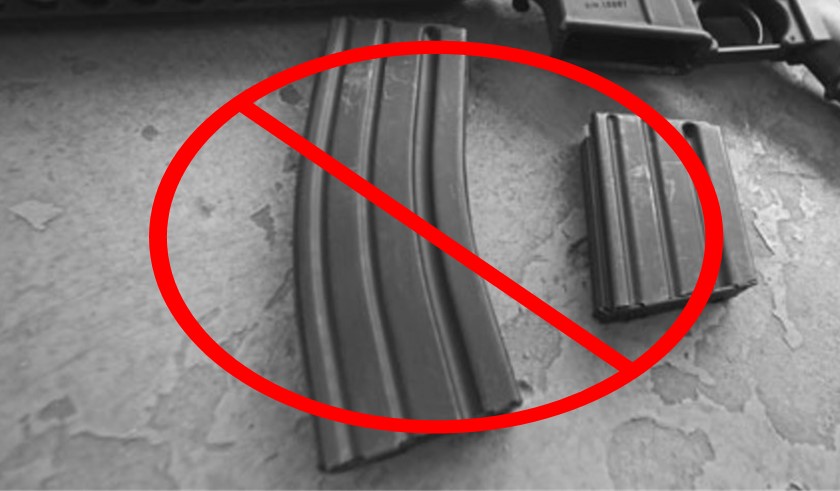 The ban outlaws magazines that hold more than 10 rounds of ammunition.

U.S. District Judge Roger T. Benitez in San Diego previously blocked the ban, ruling that the law violated the Second Amendment rights of gun owners and that its passage was an overreaction to high-profile gun crimes. Benitez issued his ruling in favor of several San Diego County gun owners who argued the ban burdened lawful gun owners and did little to reduce violence. Benitez’s decision was upheld by a three-judge 9th Circuit panel last summer, prompting the “en banc” review of the case by the full court at the request of the California Attorney General’s Office.

California Attorney General Rob Bonta applauded the ruling, saying, “Today’s decision is a victory for public safety in California. Gun violence is an epidemic in this country, but laws like our ban on large-capacity magazines are commonsense ways to prevent this violence, including devastating mass shootings. I’m thankful to the court for giving this case a second look, and confirming what we know to be true: our laws keep Californians safe while allowing law-abiding gun owners to exercise their constitutional rights.”

Governor Gavin Newsom also applauded the ruling, tweeting “This is a huge victory for the health and safety of all Californians.”

Chuck Michel, president of California Rifle & Pistol Association, a plaintiff in the original lawsuit, said the organization would appeal the ruling.

“We are truly disappointed that the Ninth Circuit en banc panel decided to go against the solid constitutional reasoning of other judges to strike down this win for gun owners,” Michel said. “We will be appealing to the Supreme Court for a final determination because gun owners deserve to have someone fighting for them and their rights. The Second Amendment is a fundamental right, and it is time that courts stop treating that right like a second-class gift from government.”

Judge Susan P. Graber, who authored the majority opinion, wrote the law “is a reasonable fit for the important government interest of reducing gun violence” and that large-capacity magazines have been used “in about three- quarters of gun massacres” with 10 or more deaths over the past 50 years and all such gun killings with more than 20 deaths.

In a dissenting opinion, Judge Patrick Bumatay — who was joined by Judges Sandra Ikuta and Ryan Nelson — wrote that the ban infringes on Californians’ Second Amendment rights and if applied nationwide, “it would require confiscating half of all existing firearms magazines in this country.”

The dissent continued, “While we acknowledge that California asserts a public safety interest, we cannot bend the law to acquiesce to a policy that contravenes the clear decision made by the American people when they ratified the Second Amendment.”