The idea for the display was inspired by a letter sent to an editor some 120 years ago when one little girl wondered if Santa Claus was real. In 1897, young Virginia O’Hanlon wrote to the New York Sun asking if Santa Claus was real. Then someone at the Sun penned an editorial that affirmed, “Yes, Virginia, there is a Santa Claus.” Fast forward to the middle of the twentieth century when every little boy and even some little girls wanted a Lionel train for Christmas and … they believed in Santa. Granted, that was before video games and other modern-day youth distractions, but for many of a certain age who remember a simpler time, a train around a Christmas tree can still bring back fond memories of childhood holidays. And Edwards Federal Credit Union wants to share that experience with the next generation.

Edwards Federal Credit Union’s Winter Wonderland display is open to both credit union members and the public between now and New Year’s Eve. Their Palmdale branch, located at 39963 10th Street West, is open Monday through Friday from 9 a.m. to 6 p.m. and Saturday, from 9 a.m. to 5 p.m. Membership to Edwards Federal Credit Union is open to all individuals who live or work in the Antelope Valley.

Beginning Monday, Nov. 22, for credit union members 10 years old and younger, there is a special “Letters to Santa” red mailbox with a direct connection to the North Pole. Every child who drops off a letter (they’ll make sure they get to the Post Office) will get a special present from the credit union while supplies last. 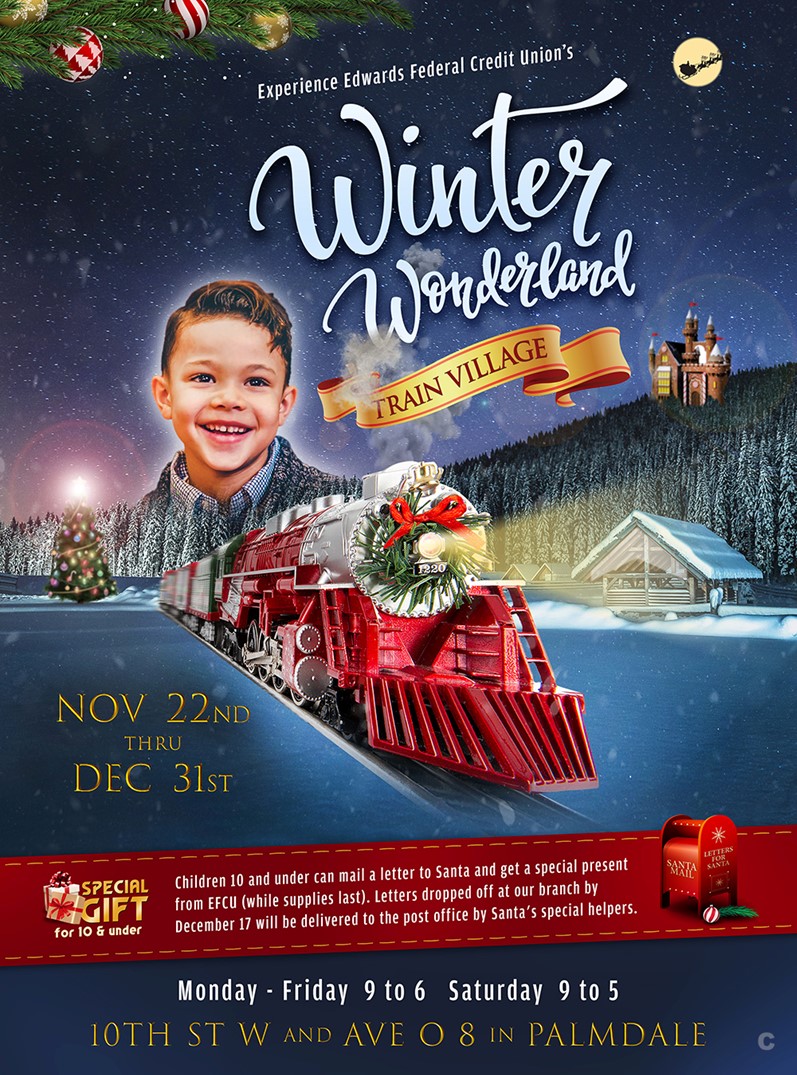