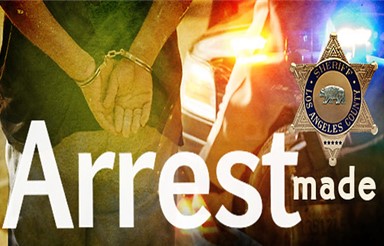 PALMDALE – Two men were arrested late Wednesday night after leading sheriff’s deputies on a chase through residential streets in Palmdale.

When deputies approached the suspect’s vehicle, which Rhea described as a white Mazda, the suspects drove away and led deputies on a slow-speed pursuit through residential streets of east Palmdale.

During the pursuit, deputies saw one of the suspects throw an object out of the car, Rhea said.

Near Avenue R and 55th Street East, deputies caught up with the suspects and arrested them. They also recovered a firearm they believe belonged to the suspects, Rhea said.

Rhea said charges against the suspects were still pending and the case is under investigation.

2 comments for "Two arrested in Palmdale after police pursuit"