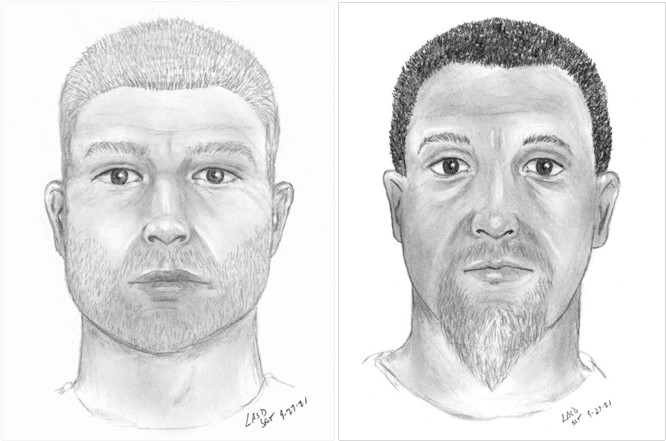 The suspects (depicted above) were involved in an aggravated assault that occurred near 50th Street West and Avenue A in Lancaster, sheriff’s officials said.

Anyone with information about the identity or location of these suspects is encouraged to contact Detective Grajales at the Lancaster Sheriff’s Station at 661-948-8466. To remain anonymous, call Crime Stoppers at: 661-948-8466. 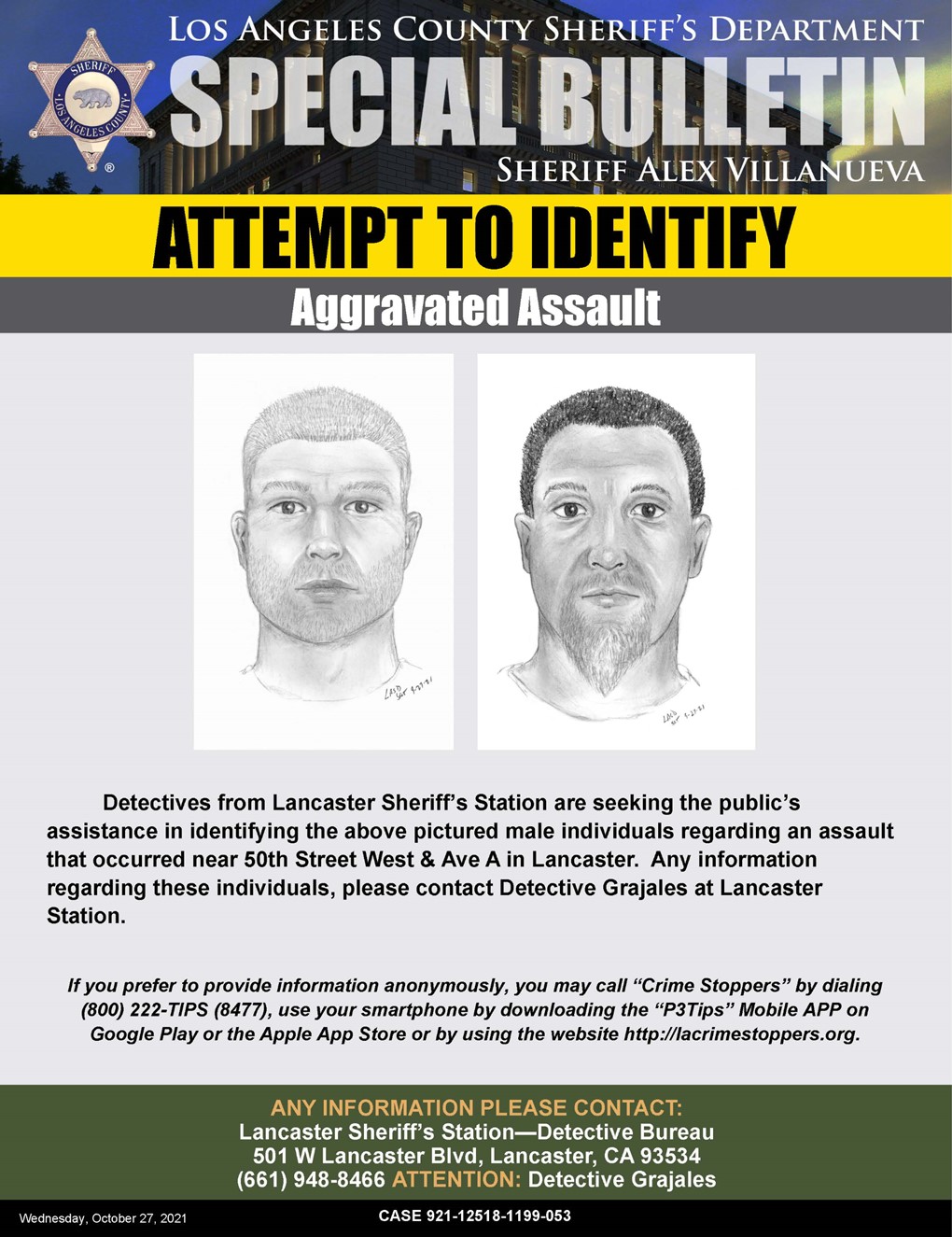