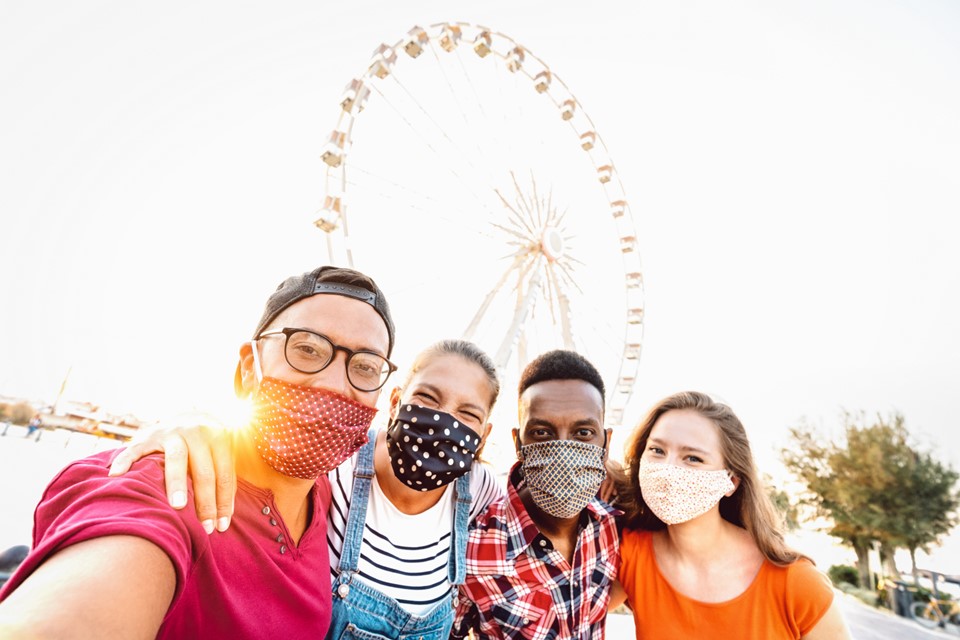 Responding to concerns from the theme park industry, Los Angeles County has slightly eased its upcoming COVID-19 vaccination/testing requirement for visitors to large venues, but the overall mandate will remain.

Under a recently enacted county Health Officer Order, all attendees and employees at outdoor mega-events with 10,000 people or more will have to show proof of COVID vaccination or a negative test within 72 hours, with the mandate taking effect Oct. 7. The order will apply to large theme parks, which were recently re-categorized by the state as a large outdoor event venue.

Theme parks in the county, along with an industry association, expressed concerns about the requirement, contending they had limited staffing to check the required documentation — both a vaccine/testing verification and a photo ID — potentially leading to long lines for admission to the parks. They also argued that patrons who purchased tickets in advance before the requirements were announced should be given a grace period.

Questioned about the issue during the Board of Supervisors meeting Tuesday, county Public Health Director Barbara Ferrer said small changes are being made to ease the implementation of the rules. Specifically, the county will no longer require proof of a negative COVID test for patrons aged 11 and younger — an age group that is still ineligible for vaccinations. The county also removed the requirement that patrons aged 17 and younger provide a photo ID along with their vaccination/testing verification. The county also agreed to delay the photo ID requirement for people aged 18 and over until Nov. 1, although people will still have to provide the vaccination/testing verification beginning Oct. 7.

Ferrer said the delay “gives everybody more time to put your (vaccine/testing verification) systems in place and then add the ID requirement come November.”

Supervisor Kathryn Barger said she sympathized with the park and its concerns about implementing the county’s requirements, which go beyond those mandated by the state. She said the requirement “took Six Flags by surprise,” and urged Ferrer to work more closely with industries that may be impacted by new health officer orders.

Supervisor Sheila Kuehl said she is “a lot less patient with the businesses that have complained like they didn’t see this coming and were so blindsided.”

“The reason that they don’t want to change is that they’ve pre-sold millions of dollars worth of tickets all around the country,” Kuehl said. “… We have enormous numbers of visitors from all around the country, including red states with very high infection rates. … This is a very large number of people, especially for the Halloween tickets, which is what Universal is worried about. They really want to pack the park. I think to their credit they’re understanding, they’re stepping up, they want to work on it. But I would suggest that industry has a job as well, and that job is, don’t just send me a letter saying ‘don’t do this.’ Because that’s not helpful. We’re going to do it, and I don’t mean just with the theme parks.”

The county’s new health order will also require proof of vaccination for all customers and employees in indoor portions of bars, wineries, breweries, nightclubs and lounges. All patrons and employees will need at least one dose of vaccine by Oct. 7, and a second dose by Nov. 4.

The order recommends, but does not require, vaccine verification for employees and customers in indoor portions of restaurants.