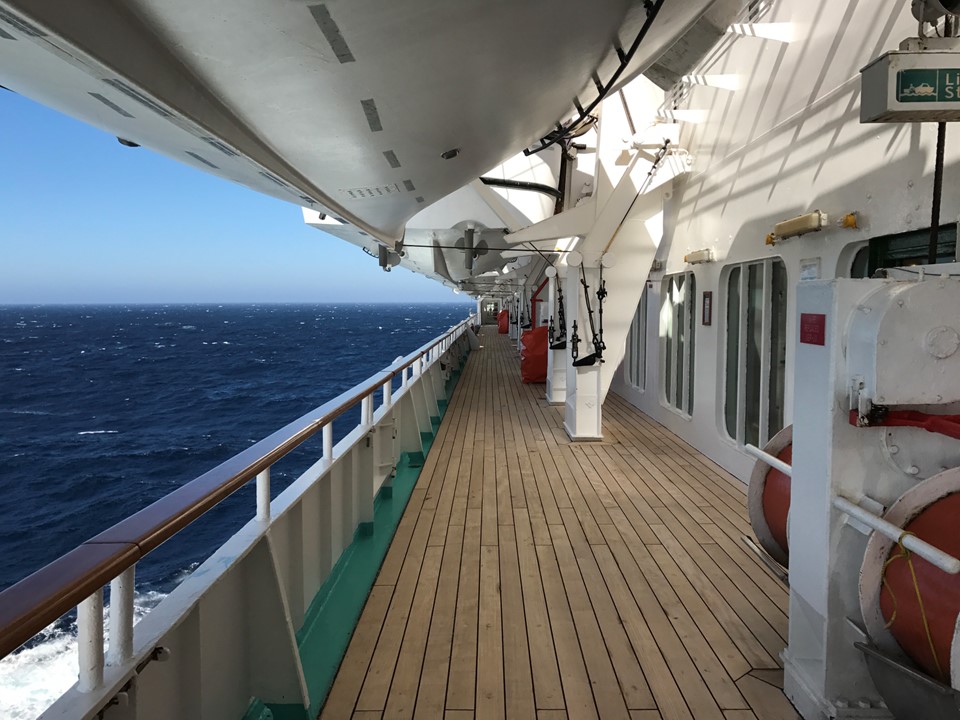 The Grand Princess cruise ship set sail Saturday at reduced capacity from the Port of Los Angeles, marking the first time a cruise ship has departed the port since the pandemic shut down cruise operations in March 2020.

The ship, which normally holds 2,600 guests, was operating at reduced capacity, between 60% and 75%, Princess Cruises said. It left at 4 p.m. for a five-day trip to Cabo San Lucas, Mexico. It is the first of 11 cruise trips scheduled from the Port of Los Angeles this year and the first of five with the same itinerary.

The last ship to set sail from the Port of Los Angeles was the Norwegian Cruise Line Joy, which left on March 15, 2020, according to the port.

According to Princess Cruises’ website, passengers without a pre- approved exemption must have received their final dose of a COVID-19 vaccine at least two weeks before the ship’s departure, and proof of vaccination was required before boarding. Guests also had to show proof of a negative COVID test taken within two days of the cruise’s departure.

The cruise also required masks inside elevators, designated entertainment areas, retail shops and the casino. Masks would be encouraged in other indoor public spaces aboard the ship.

“Princess Cruises is a valued longtime partner, and we are excited to welcome Grand Princess back to Los Angeles for the first passenger cruise since March 2020. We are a full-service port — with cargo-, marina-, cruise- and visitor-serving businesses — and every cruise ship call generates more than $1 million dollars in local economic activity. That’s especially important to the city and Port of Los Angeles right now,” said Port of Los Angeles Executive Director Gene Seroka.

While Saturday marked the first day cruise operations resumed at the Port of Los Angeles, a Carnival Cruise Line’s Panorama ship set sail from the Port of Long Beach on Aug. 21.