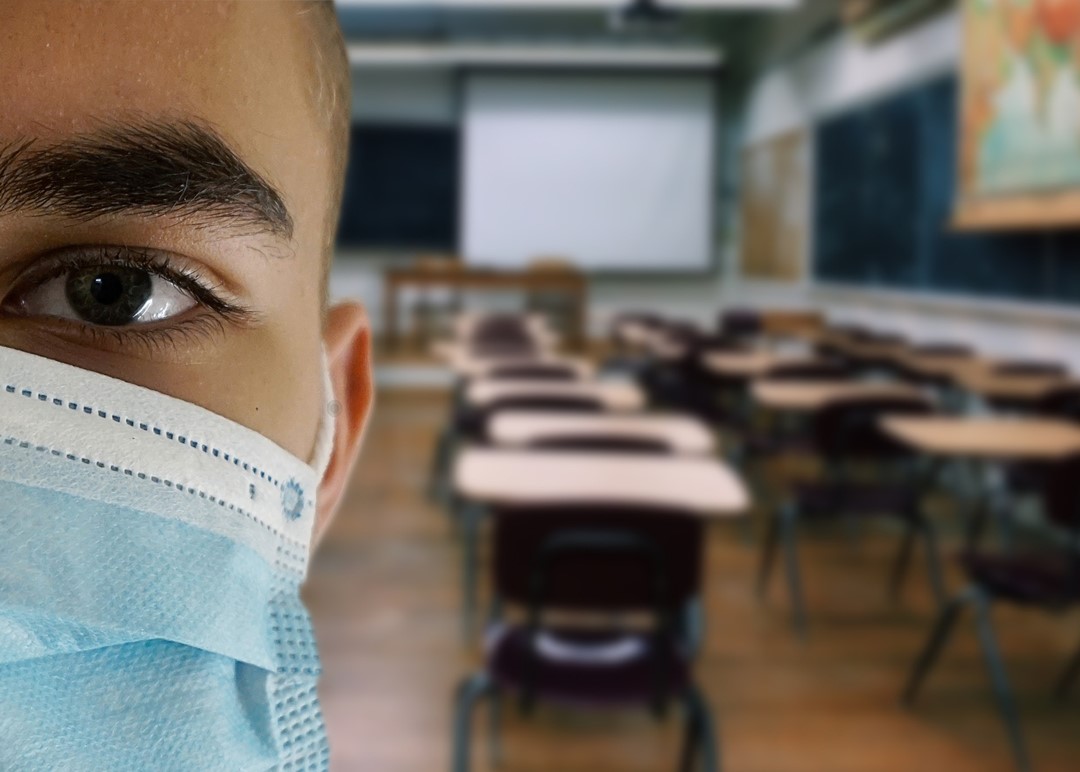 More than 5,200 COVID-19 cases have been detected among K-12 students in Los Angeles County over the past two weeks, a number the public health director again called “sobering” Wednesday, but she and the county schools superintendent expressed confidence in safety measures being taken on campuses.

Public Health Director Barbara Ferrer said the cases are largely being detected thanks to aggressive routine screening tests, particularly within the Los Angeles Unified School District, which now accounts for nearly two- thirds of all the COVID testing being conducting across the county.

“We average about 500 cases a day (among students) across L.A. County,” she said. “… The largest portion of those cases are identified through routine screening, and these are really people who are in fact asymptomatic. So it’s a sobering number because it’s large, but it’s actually helpful to be able to identify people who are infected with COVID before they show symptoms and before they have lots of opportunities … to go ahead and spread that virus.”

She said the large number of cases also leads to more work for the county because all of the patients need to be interviewed so their close contacts can be identified and directed to quarantine.

“The sobering news for all of us is that with high rates of community transmission … we have a number of people in our school community that are testing positive and that can in fact infect others,” she said. “We have to move quickly to prevent the kind of transmission in schools that will create very large outbreaks, something that’s been done successfully since reopening last fall.”

Ferrer noted that during her visits to school campuses, she found “so much attention to the details about creating safety.”

Debra Duardo, superintendent of the county Office of Education, said mitigation strategies at the schools “have been very effective.”

“I’ve been visiting schools every single day, and children and adults are doing an excellent job wearing their masks, keeping distant from one another, following all the protocols, disinfecting,” she said. “I think we’re doing everything that we can do to make sure our schools are as safe as possible and that we’re preventing the spread of COVID within our schools.

” … When there’s high rates of infection in communities, you are going to see some of that come into our schools, but we’re not seeing high spread within the schools, and so we’re very satisfied with the work that’s being done by our teachers and administrators and all school employees in following all of the strategies,” she said.

According to figures released by the county Wednesday, 5,207 COVID-19 cases were identified among students in the county between Aug. 15-29 — along with 729 cases among school staff. A total of 17 outbreaks — defined as three or more linked cases — were identified at schools during August. There were three outbreaks during each of the first three weeks of the month, then eight during the final week. Those eight outbreaks involved 72 students and three staffers.

Ferrer said more outbreaks are likely with schools remaining open, and she noted that roughly half of the outbreaks involved school sports. The most common factors found to have contributed to outbreaks were breakdowns in mask-wearing, lack of physical distancing both indoors and outdoors and lack of proper ventilation. Ferrer also noted rising case rates among children 5 to 11, who are not eligible for vaccinations. From Aug. 14 to Aug. 21, that age group saw a 50% jump in cases, while in the past week, the group saw another 9% increase, despite drops in cases among children aged 0 to 4 and 12 to 17.

The county on Wednesday reported 389 new COVID-19 deaths, raising the cumulative death toll from throughout the pandemic to 25,322. The county recorded an additional 2,277 infections on Wednesday, lifting the total number of cases confirmed in the county to 1,409,545.

According to state figures, there were 1,673 COVID-positive patients in county hospitals, including 446 people in intensive care. That was down from Tuesday, when there were 1,699 people hospitalized with COVID, and 448 in the ICU. The rolling daily average rate of people testing positive for the virus in Los Angeles County was 2.5% as of Tuesday, down from 2.9% a week ago. Ferrer has attributed the recent drop to increased screening tests being done at schools and businesses.

Of all eligible residents in the county aged 12 and older, 65% are fully vaccinated, while 74% have received at least one dose. Ferrer said 91% to 92% of people who receive a first dose also receive their second dose on time, boding well for improvement in the county’s vaccination rate over the coming weeks.

As of Aug. 22, just 50% of Black residents in Los Angeles County have received at least one dose, with the lowest percentages among those between 12 and 29 years old. Latino/a residents have a rate of 59%, compared with 69% of white residents and 79% of Asians.