Authorities today circulated a photo of a missing 28-year-old man who was last seen in Lancaster two weeks ago.

Josef Keiontae Chappelle was last seen about 4 p.m. Aug. 17 in the 44200 block of Artesia Mill Court, according to the Los Angeles County Sheriff’s Department.

Chappelle is Black, 5 feet 7 inches tall and weighs 145 pounds, with short brown hair, brown eyes, a tattoo of the word “Gemini” on his right arm and another of unspecified Asian characters on his left arm.

He was last seen wearing a blue shirt and tan pants, and usually wears prescription glasses.

“His family is concerned for his wellbeing and asking for the public’s help in locating him,” sheriff’s officials said in a news release.

Anyone with information on Chappelle’s whereabouts is encouraged to contact the LASD Missing Persons Unit at 323-890-5500. Anonymous tips can be called in to Crime Stoppers at 800-222-8477 or submitted online at lacrimestoppers.org.

UPDATE [9/2/21]:  The Los Angeles County Sheriff’s Department reported today that Josef Keiontae Chappelle had been found. Other details were not released. 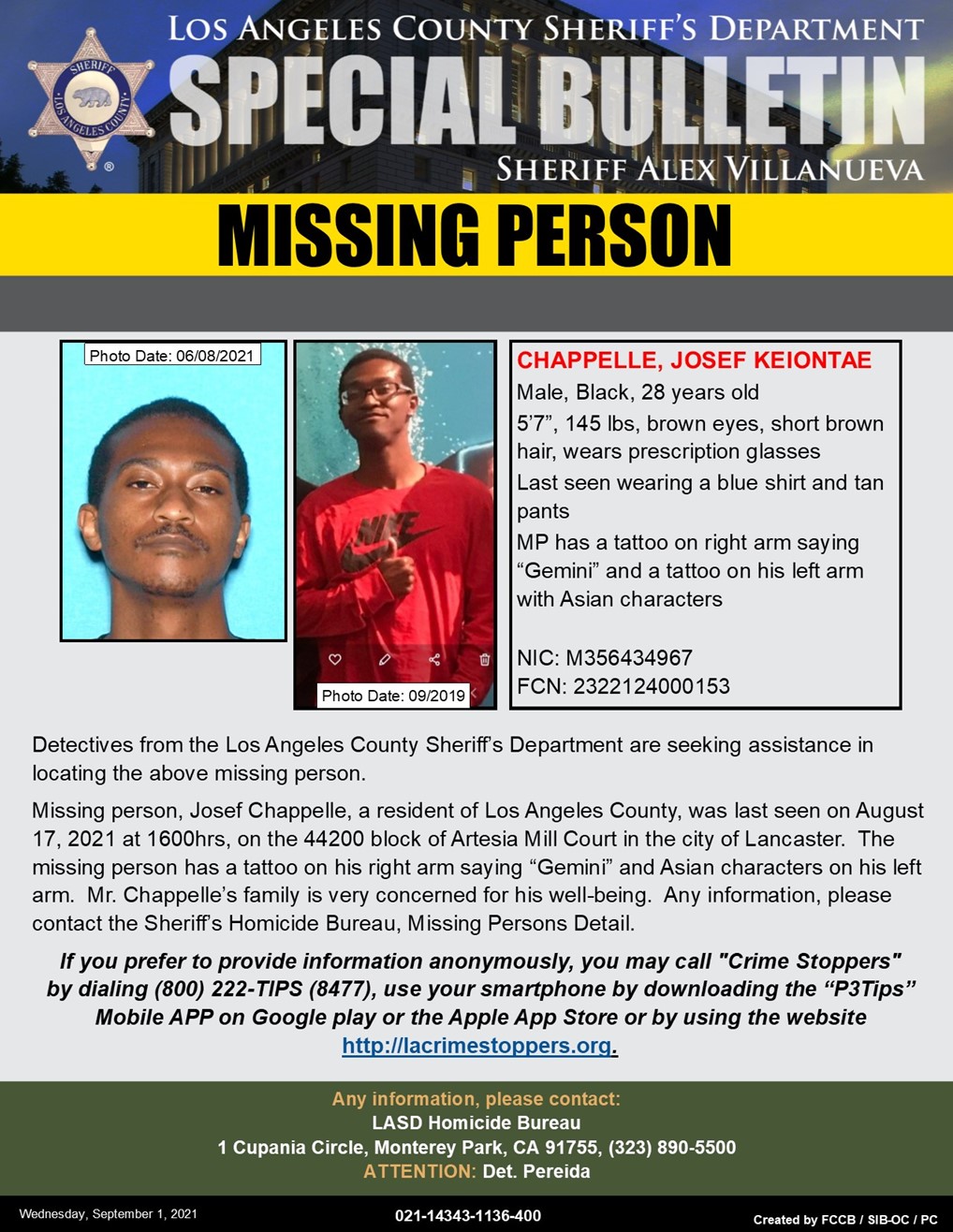