LANCASTER – A 51-year-old, at-risk Palmdale woman who was last seen in Lancaster is missing, and the Los Angeles County Sheriff’s Department is seeking the public’s help.

Ray suffers from cirrhosis and kidney failure, and is dependent on medications, Koerner said.

Anyone with information about Ray is asked to contact the Sheriff’s Department’s Century Station at 323-568-4800.

UPDATE: LASD announced at 12:48 a.m. Thursday, Aug. 19, that Ray had been located. No further details were released. 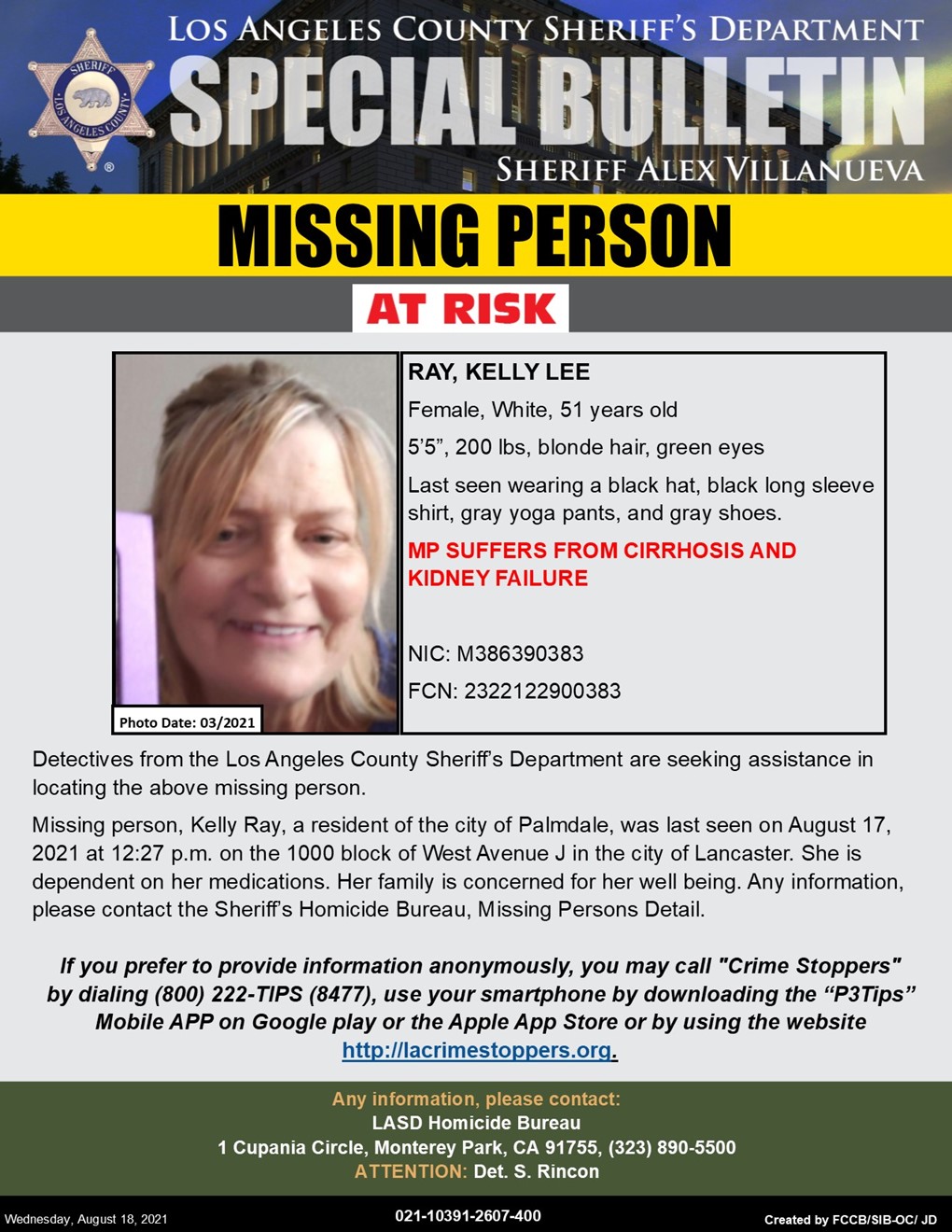