The world we live in is becoming increasingly globalized. This globalization has an absurd effect on human life as it increases conformity and diversity at the same time. One of the most notable features of globalization is the effect of multilingualism.

Multilingualism is speaking two or more languages. Studies have shown that more people around the world can speak more than one language. Several reasons have inspired people to learn an additional language. For example, the figure below illustrates the future demand for foreign languages: 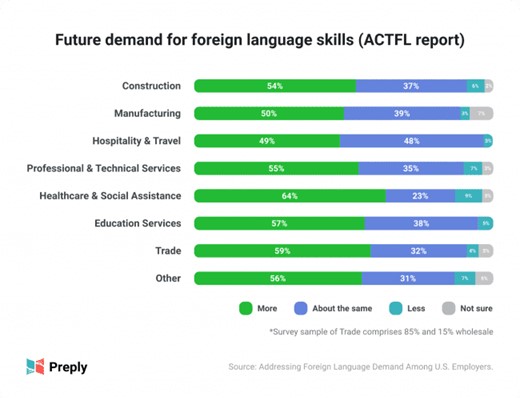 From the graphic, it is clear that the demand for foreign languages is on the rise. This trend has impacted global education and language learning.

Impact of Multilingualism on Global Education

Several studies have been conducted to ascertain the link between multilingual competence and academic performance in school. First, it was confirmed that language plays a critical role in learning. Regardless of the subject area, students understand new concepts through listening, talking, reading, and writing about what they learn.

Research has suggested that newcomer migrant students that are not competent in the host language usually take up to 5 years to develop age-appropriate proficiency in speaking language. Moreover, the studies also claim that such students would take up to 7 years to attain a suitable level of academic competence in a language.

Technological advances have made it easy for students to access various online learning opportunities. This new reality has forced governments and other stakeholders in the education sector to rethink education policy.

In this regard, there is increased emphasis on foreign language learning in many countries globally. For example, in a region like Asia where English is not their first language, they teach it as a subject in schools. This makes the students better placed to relate with the rest of the world once they graduate from school.

Moreover, when the time to join a university or college comes, such students typically have more options. For example, if you are a student from Germany and understand English well, you can go to any top universities in the USA, UK, and Canada.

If you take the European Union as an example, it supports multilingualism as part of the cultural heritage of the nations in the Union. This has led the EU to develop policies that support multilingualism. The guidelines are based on the principles of shared beliefs about the benefits of multilingualism.

Such policies have had a significant impact on global education. According to several studies, most of the languages in the European Union have become the most sought-after foreign languages. For example, data from online language learning websites indicate that French, Portuguese and German have attracted the interest of many language students globally.

Impact of Multilingualism on Language Learning

It Has Led To a New Model for Language

The world is now shifting to a different approach to languages. In this new paradigm, not all language competence has to be the same. Moreover, learning has moved from the classroom to the streets and on the internet.

Therefore, people are taking different approaches to acquire a new language. For example, some individuals take a trip to visit their target language’s natives for a more immersive experience.

Schools have also changed their approach to language learning. For example, language teaching and learning are no longer categorized in separate streams. Instead, foreign languages are now part of a common core that requires collective understanding on the teachers’ part.

Teacher Education Has Been Reviewed 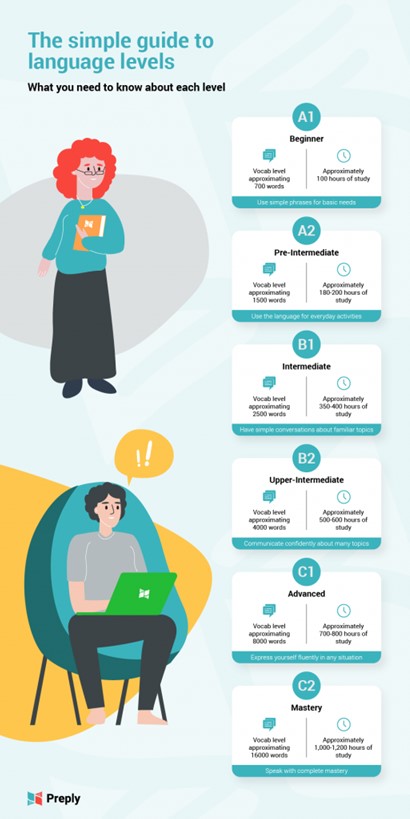 The world is slowly turning into a global village thanks to the internet and other technological innovations. In this regard, only individuals that speak more than one language can interact with more people in this new “village.” For example, multilingual students have more options of universities and experts they can learn from. On the other hand, businesses that want to serve a global audience must have multilingual staff.

Governments and other stakeholders have to play their part to ensure there is proper integration in this global village through multilingualism. How many languages can you speak?