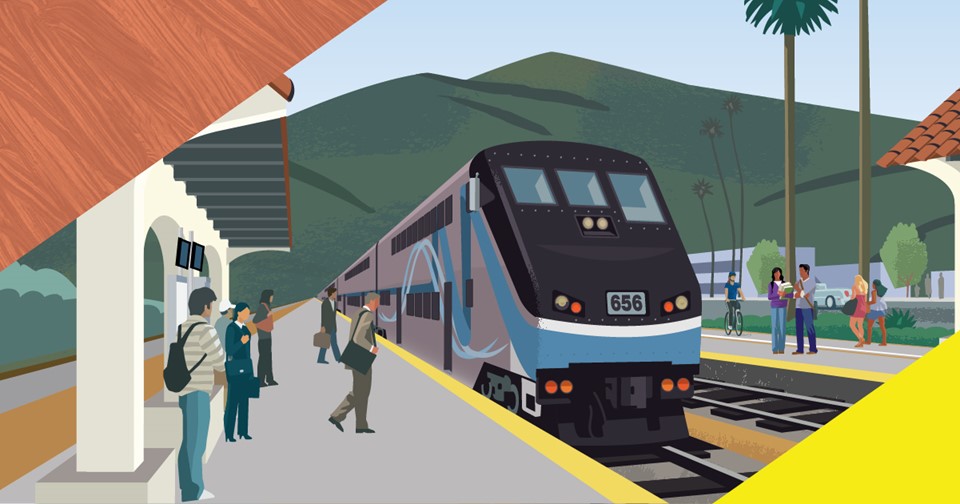 A 45-day review period of the DEIR began  July 28 and concludes Sept. 10. During this period, virtual public meetings will be held on Wednesday, Aug. 18, and Saturday, Aug. 21, where residents, communities, businesses, cities, stakeholders and the general public can learn about the project, the environmental review process and provide comments on the DEIR.

The Antelope Valley Line (AVL) Capacity and Service Improvements Program is a proposed project that aims to improve service frequency and reliability along the 76.6-mile AVL passenger rail corridor between Lancaster and downtown Los Angeles. The AVL corridor plays a critical role in connecting communities in north Los Angeles County to LA Union Station (LAUS) and the cities in between.

The AVL corridor is anticipated to experience strong population and employment growth over the next 20 years, and solutions to realize the full potential of the AVL will be crucial to support this growth. Around 66 percent of the AVL rail corridor is single track, meaning that only one track is provided to operate trains in both directions. This limits the ability to run more frequent services and keep trains on a regular schedule.

The virtual public hearing will be held on the following days and times:

The information presented at each meeting will be the same and will consist of a live presentation followed by a live public comment session. Spanish and Armenian language interpretation will be available at both public hearings. Other ADA accommodations and translations are available by calling 213-922-4844 at least 72 hours in advance of the meeting.

Comments on the DEIR may be submitted in writing to Brian Balderrama, Senior Director, Metro, One Gateway Plaza, Mail stop: 99-17-02, Los Angeles, CA 90012. Written comments can also be sent to Metro any time during the formal public review period, from July 28 through Sept. 10, at the postal address above, at avl@metro.net, or submitted via an online comment form found on the project website at metro.net/projects/avl.  Residents may also call the AVL Capacity and Service Improvements Program hotline number 213-922-4844 and leave a message.