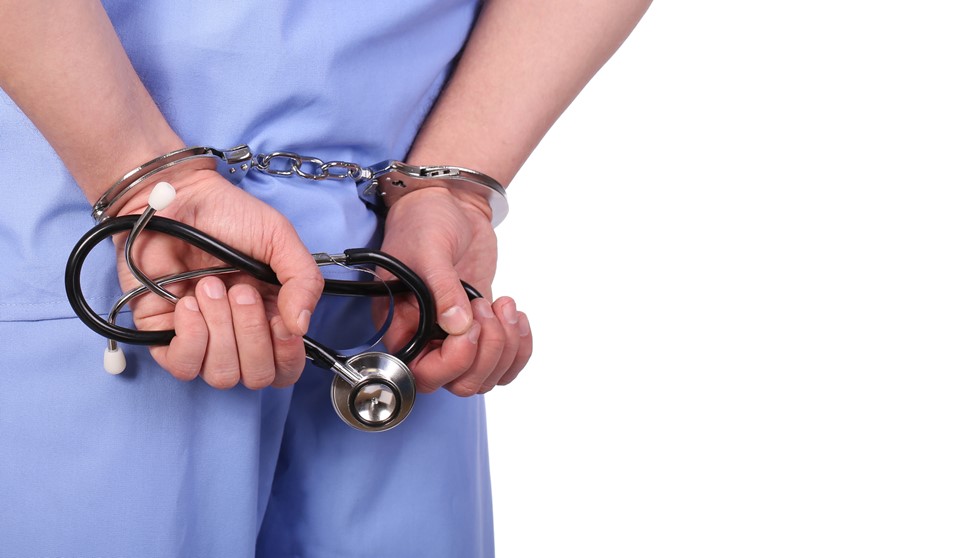 A local physician is in federal custody on charges of illegally dispensing prescriptions for opioid painkillers and other controlled substances during two-minute telemedicine sessions with a convicted narcotics trafficker and others from across the United States.

Dr. Raphael Tomas Malikian, 36, who resides in Llano and Palmdale and called his medical practice Happy Family Medicine, was arrested Wednesday, Aug. 11, by special agents with the U.S. Drug Enforcement Administration, according to the U.S. Attorney’s Office.

An indictment naming Malikian was unsealed at his arraignment Thursday, when Malikian entered not guilty pleas and a federal magistrate judge in Los Angeles ordered him detained pending trial, which is currently scheduled for Oct. 5. The 11-count indictment alleges Malikian illegally distributed narcotics “while acting and intending to act outside the usual course of professional practice and without a legitimate medical purpose.”

Seven of the counts allege the illegal distribution of opioids, such as oxycodone, and those charges each carry a penalty of up to 20 years in federal prison. The controlled substances that Malikian allegedly distributed are oxycodone, hydrocodone, alprazolam, promethazine and codeine.

The DEA investigation was prompted by multiple reports in February 2020 of suspicious prescriptions issued by Malikian. The indictment alleges specific incidents in which Malikian prescribed controlled substances without a medical purpose after seven telemedicine consultations — including one conducted entirely via text message — starting in April 2020 and continuing through July 2020. None of the consultations involved any physical exam or diagnostic tests, and the appointments lasted as little as two minutes and 20 seconds, prosecutors allege.

A federal judge on Thursday unsealed search warrants executed at Malikian’s residences in conjunction with his arrest. The affidavit in support of the search warrants outlines the DEA’s investigation, which included various undercover operations in which agents from the DEA and California Department of Justice posed as patients and received the prescriptions that form the basis of the indictment, according to the U.S. Attorney’s Office.

The DEA agent who authored the affidavit concluded that Malikian “effectively sells prescriptions for controlled substances to patients upon request, and does so without obtaining a patient’s medical history or conducting a physical examination.”

A DEA investigator reviewed patient records maintained by Malikian, which showed that he saw patients across the United States and that about 43% of them shared common addresses, email addresses, “caregivers” or phone numbers with other patients, according to the U.S. Attorney’s Office.

According to the affidavit, one of those patients was a convicted narcotics trafficker and another was stopped at Los Angeles International Airport while carrying more than $19,000 in cash and about 1,764 hydrocodone and alprazolam pills.