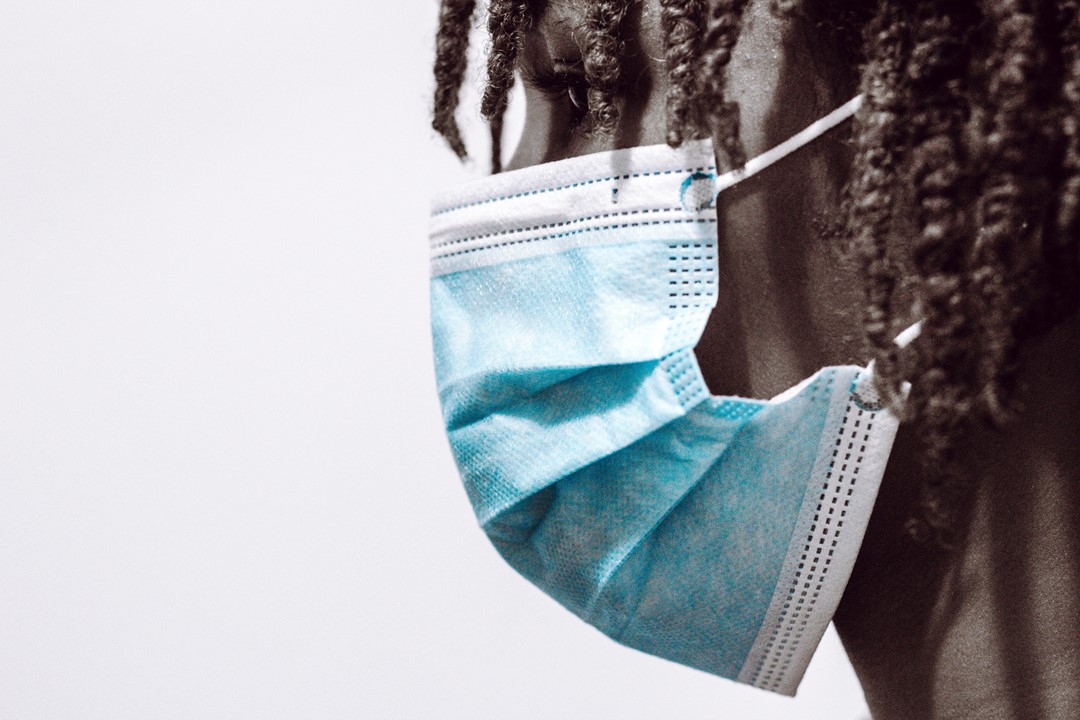 Californians reported slightly lower rates for always wearing a face mask when leaving their homes during the month of May, before the Delta variant caused a sharp rise in coronavirus infections, according to data released Tuesday from UCLA’s 2021 California Health Interview Survey.

The latest update to the 2021 CHIS Preliminary COVID-19 Estimates Dashboard, which includes data collected from March through May, has questions on risk reduction behaviors — frequency of wearing face masks, hand washing or sanitizing, maintaining physical distancing, gathering with individuals outside of the household, and following safety guidelines during those times — as well as on views of the vaccine, testing and treatment.

The March and April estimates were released last month.

The results showed that 79.1% of adults statewide said they “always” wore a face covering, compared to 84.8% during March and April. Meanwhile, 65.8% of adults who didn’t plan on getting the vaccine reported “always” wearing a face covering when leaving their homes.

A little over 61% of individuals who had received at least one dose of the vaccine gathered with people outside of their homes, compared with 56.8% of adults who did not plan to get vaccinated, according to the survey.

“This data provides the latest updates to health and community organizations, as well as policymakers, on where targeted efforts can be made to ensure that we can safely navigate out of the pandemic, especially amidst the surge of the new Delta variant,” said Ninez Ponce, director of the UCLA center and CHIS principal investigator.

As for attitudes about the vaccine, the data showed that fewer people reported that they would not get the vaccine — 10.3% said they did not plan on getting the vaccine in May compared to 12% in March/April.

Also, disparities persisted in which racial and ethnic groups were more likely to report testing positive for COVID-19. Latino adults statewide reported the highest rates of testing positive at 24.7% in May and 25% in March/April. They were also one of the more likely racial and ethnic groups to report continuing to work in essential positions at 26.5% in May and 28.3% in March/April.

“We want the 2021 CHIS data to provide a clearer picture to help various groups in the state to safely navigate out of the pandemic as well as help individuals who are most in need of medical, personal, and financial support,” said Todd Hughes, CHIS director. “The data we’re compiling sheds light on areas and groups that need help, and how to assist them.”