WEST HOLLYWOOD – A Palmdale man arrested on suspicion of kidnapping an unconscious woman in West Hollywood was released from custody Saturday after posting bond.

The alleged kidnap incident occurred during the early morning hours of Friday, July 23, in West Hollywood’s bar and nightclub area, according to a news release from the Sheriff’s Information Bureau.

Diaz “was seen carrying an unconscious woman to his van and driving away,” the news release states.

Deputy Kevin Herrera told NBC4 he was alerted by a man who pulled alongside his patrol car about 2 a.m. He located Diaz’s white 1997 Dodge Ram van with a black roof and light bar and found the woman inside “completely intoxicated,” Herrera said. “She did not know who’s van she was in.”

Diaz was arrested about 3 a.m. Friday, July 23, according to sheriff’s inmate records.

Relatives of Diaz told NBC4 the incident was a misunderstanding and that the Palmdale man who medically transports disabled patients was probably trying to help someone in need.

Meanwhile, West Hollywood sheriff’s detectives were looking for anyone who had contact with Diaz under similar circumstances overnight on Thursday, or anytime in the past, or has other information. 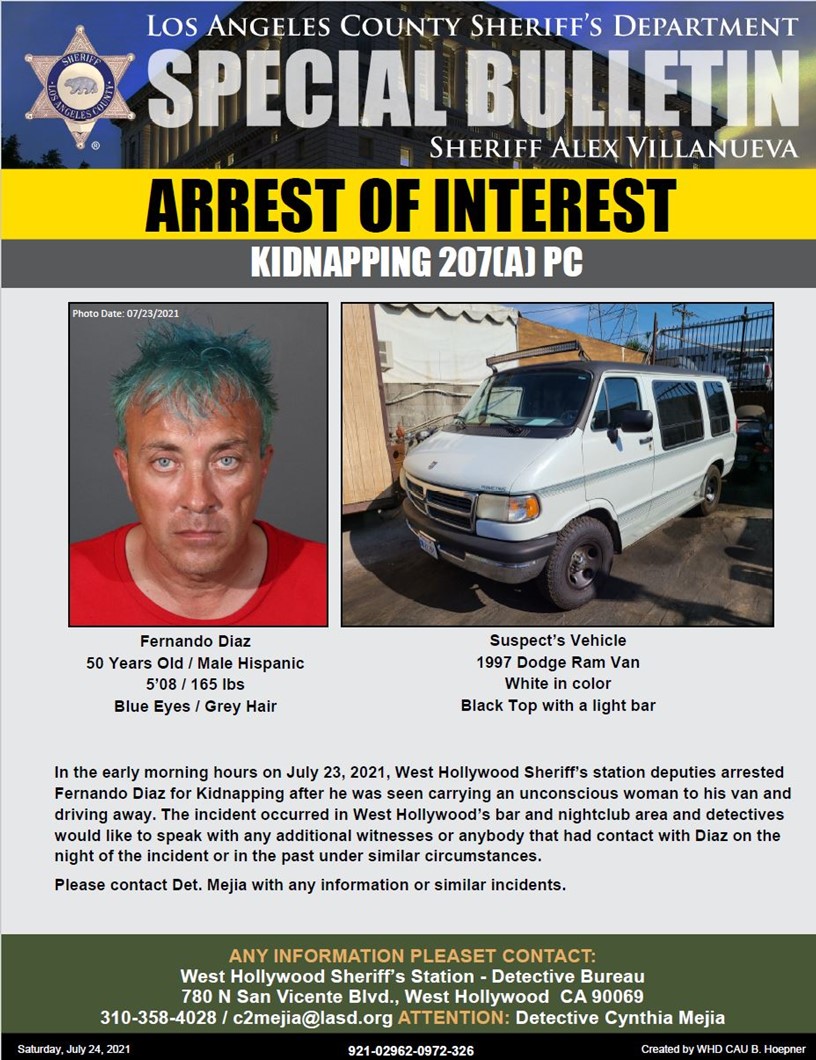