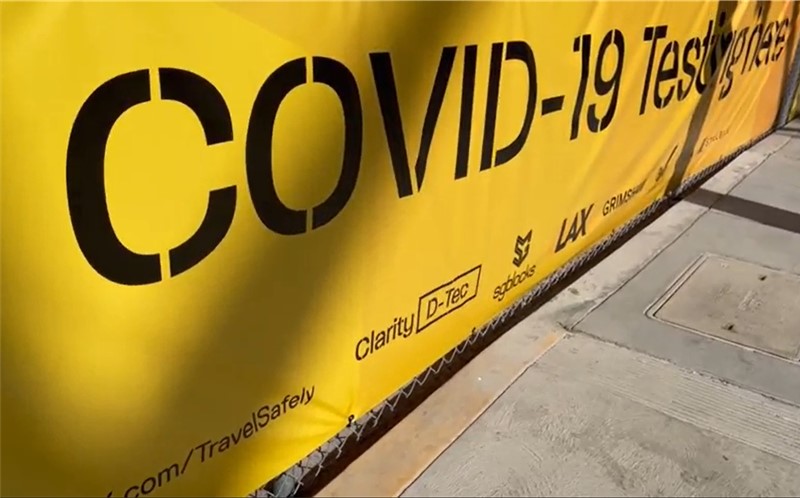 The county Department of Public Health announced 1,233 new COVID infections Monday, a number that is likely artificially low due to traditional delays in reporting of test results from the weekend.

The new cases brought the county’s cumulative total from throughout the pandemic to 1,269,090. Two more fatalities were also reported Monday, lifting the county’s death toll to 24,585.

The numbers are still well below the roughly 8,000 people who were hospitalized due to COVID-19 during the winter surge of cases. The current number, however, is double the 218 hospitalizations reported on June 15, when COVID restrictions were largely lifted statewide.

The average daily rate of people testing positive for the virus also continued rising, reaching 4.1% as of Monday, up from 3.8% on Sunday and well above the 0.4% rate on June 15.

Health officials continue to blame the current surge in infections to the highly contagious “Delta” variant of the virus through the unvaccinated population. There are nearly 4 million county residents who have not been vaccinated, including 1.3 million children who are ineligible for the shots.

Rising case numbers prompted the county late Saturday night to re- institute a requirement that everyone wear masks in indoor public settings, regardless of vaccination status. Previously, only unvaccinated people were required to wear masks indoors, however, since compliance was based solely on the honor system, officials said many unvaccinated people were likely failing to comply with the rule.

The mandate means customers are again required to mask up when entering any indoor public establishment, including retail shops, grocery stores, restaurants and workplaces. Indoor dining remains open, but customers must remain masked while they are not eating or drinking.

“The spread of the more infectious Delta variant through intermingling of unmasked individuals where vaccination status is unknown has caused a rapid spread of COVID-19 that is resulting in a significant increase in cases and hospitalizations,” county Public Health Director Barbara Ferrer said in a statement.

“By wearing masks indoors at public places and worksites, we can get back to slowing the spread of the virus. Many businesses and worksites are doing their part by posting signs and asking employees and customers to mask up while indoors.  Please do you part and cooperate.

“If you are not yet vaccinated, please know that we need you to take extra precautions,” she said. “Since vaccines remain the most powerful tool for reducing spread, now is the time to get your vaccine. We need to bring down transmission rates so that when schools open next month, there is much less risk.”

The most recent figures from the county show that 69% of residents age 16 and over have received at least one dose of vaccine, while 61% are fully vaccinated. Black and Latino residents continue to lag behind the rest of the population when it comes to vaccinations, particularly among younger residents.

In hopes of encouraging more people to get vaccinated, the county is continuing to offer incentives. Through next Thursday, anyone who gets vaccinated at sites operated by the county, the city of Los Angeles or St. John’s Well Child and Family Center will be entered for a chance to win one of seven concert ticket packages, with tickets to see the Harlem Globetrotters, Disney on Ice and the Gold Over America Tour with Simone Biles at Staples Center.