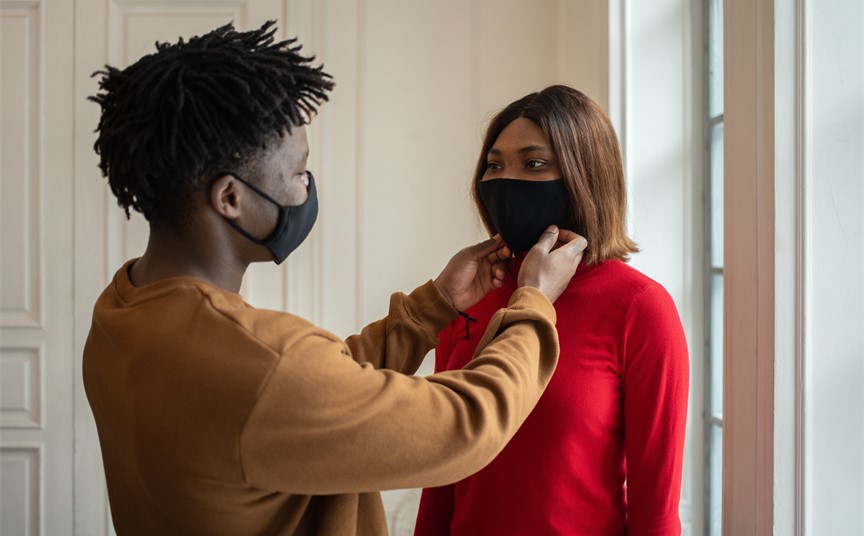 “We’re not where we need to be for the millions at risk of infection here in Los Angeles County, and waiting to do something would be too late given what we’re seeing now,” County Health Officer Dr. Muntu Davis said.

On Thursday, the county reported 1,537 new infections, the highest number since early March. It was the seventh consecutive day of new case numbers that topped 1,000. Davis said the rate of virus spread in the county has officially risen from moderate to substantial, with infections five times more likely to occur among unvaccinated residents. The current seven-day average rate of daily new cases in the county is now at 7.1 cases per 100,000 residents, up from 4.8 just last week.

As a result, Davis said a revised county Health Officer Order will take effect at 11:59 p.m. Saturday, July 17, requiring people to wear masks in indoor settings, regardless of vaccination status. The county previously only recommended such mask-wearing in an effort to slow the spread of the virus and protect unvaccinated residents.

“Wearing a mask when indoors with others reduces the risk of both getting and transmitting the virus,” Davis said. “Masking indoors must again become a normal practice by all, regardless of vaccination status so we can stop the trends and level of transmission we are currently seeing.”

The masking order will remain in place “until we see improvements” in case transmission, he said.

Asked if the county might consider re-implementing other health restrictions — such as capacity limits and physical distancing, Davis said, “Everything is on the table if things continue to get worse.”

He said for now, mask wearing is the “easiest thing” for people to do to help limit spread of the virus.

The mandate means customers will again be required to mask up when entering any indoor public establishment, including retail shops, grocery stores, restaurants and workplaces. Davis said indoor dining will remain open, but customers will have to remain masked while they are not eating or drinking.

The new cases reported by the county Thursday lifted the cumulative total from throughout the pandemic to 1,262,578. The county reported three more COVID-19 deaths, lifting the overall death toll to 24,566. The number of people hospitalized in Los Angeles County due to the virus jumped to 452 on Thursday, according to state figures, up from 406 on Wednesday, with 96 people in intensive care. The number of people hospitalized has been climbing steadily for the past three weeks, and is now double the number reported when COVID health restrictions were lifted statewide on June 15. The rolling-average rate of people testing positive for the virus also continued to climb, reaching 3.75% on Thursday, up from 3.7% Wednesday and well above the 0.3% rate from early June, and 1.2% on June 15.

The increase in infections and hospitalizations is widely blamed on the highly infectious “Delta” variant of the virus. The variant was first detected in India, where widespread infections were reported. The variant is also credited for significant outbreaks in the United Kingdom and other parts of the world.

“Delta” has been the most commonly detected variant in Los Angeles County for several weeks.

“It is clear that the Delta variant is here and spreading rapidly, overwhelmingly in our unvaccinated communities, and we need to take action now before we see uncontrollable spread,” County Supervisor Hilda Solis said in a statement. “That is why today we announced that beginning Sunday, we are taking the necessary step of reinstating a mask requirement indoors for all residents, to slow the spread once more and provide more time for people to get vaccinated. This is only a temporary action, until we can lower our cases and continue getting more people the doses they need.”

For people who are unvaccinated, Solis said, “This is the most important reminder yet that this pandemic is not over, and that you remain at serious risk for getting sick, hospitalized, and ultimately, passing away.”

Davis insisted again that COVID vaccines provide strong protection against the virus and the “Delta” variant, but unvaccinated residents are at significantly higher risk.

In hopes of encouraging more people to get vaccinated, the county is continuing to offer incentives. Beginning Friday, July 16, and continuing through next Thursday, July 22, anyone who gets vaccinated at sites operated by the county will be entered for a chance to win one of seven concert ticket packages, with tickets to see the Harlem Globetrotters, Disney on Ice and the Gold Over America Tour with Simone Biles at Staples Center.