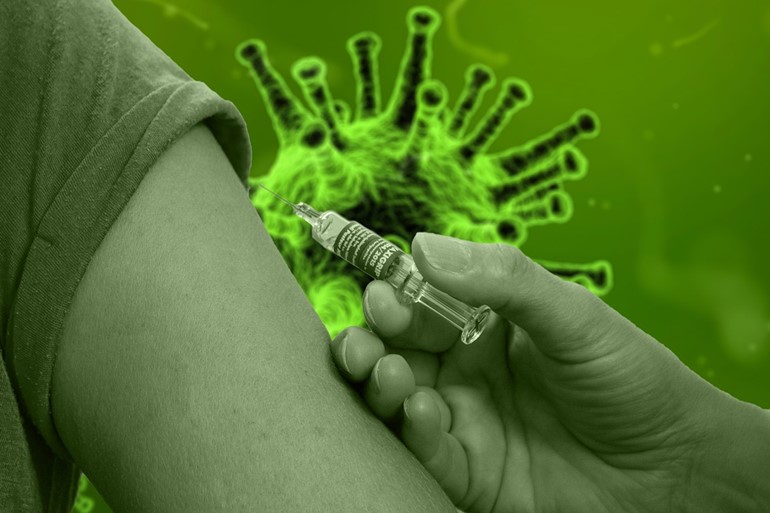 The number of people hospitalized due to COVID-19 in Los Angeles County topped 400 Wednesday, while another 1,315 infections were confirmed, marking the sixth consecutive day of new cases topping 1,000.

The recent increase in cases has prompted concern among health care officials and led to another call from Gov. Gavin Newsom for people to get vaccinated.

COVID-19 infection numbers have been rising steadily in recent weeks, a rise being blamed on continued spread of the “Delta” variant of the virus, which is considered vastly more contagious than other COVID mutations. The variant, which was responsible for wide-scale infections in India and parts of the United Kingdom, has been spreading domestically. Los Angeles County health officials said the “Delta” variant has been increasing in prevalence since April. Statewide, 43% of sequenced COVID samples last week were found to be the “Delta” variant.

The 1,315 new cases reported by the county Wednesday is the highest number since early March, although county officials said the figure includes a small backlog of cases from Long Beach. The new cases lifted the cumulative total from throughout the pandemic to 1,261,068. Nine more deaths were also reported, raising the virus death toll to 24,563.

The rolling-average rate of people testing positive for the virus also continued to climb, reaching 3.7% as of Wednesday, up from 2.9% on Tuesday and well above the 0.3% rate from a month ago. With rising case numbers have come increasing hospitalizations. According to state figures, there were 406 people hospitalized in Los Angeles County due to COVID as of Wednesday. The number is still well below the winter surge hospitalizations that topped 8,000, but it’s a near-doubling of the numbers seen just a month ago. The rise is sparking concern among health officials.

Los Angeles County’s medical services director, Dr. Christina Ghaly, told the Board of Supervisors that all of the COVID patients recently admitted at the four county-operated hospitals were not fully vaccinated.

“Every single patient that we’ve admitted for COVID has been not yet fully vaccinated, and that’s hard for the health-care workers to see,” Ghaly said. “They’ve spent hours, effort, energy trying to care for patients, and at this point this really is a preventable illness, a preventable infection.”

County Supervisor Sheila Kuehl said people who refuse to get vaccinated aren’t considering the impact they are having on health care workers.

“I really want to continue to express a prayer to all of those who are not vaccinated to understand the impact that they have, not only on their communities and their families, but other people in their communities who are the health care workers, who are the people toiling more than 14, 15, 16 hours a day to take care of them when they don’t want to take care of themselves,” Kuehl said. “I’m sorry to sound a little angry, but it just strikes me as enormously selfish. We can’t rely on herd immunity if the herd won’t get their shots.”

According to the most recent figures from the Department of Public Health, among county residents age 16 and older, 69% have received at least one dose of vaccine, and 61% are fully vaccinated. The rate among Black residents, however, is only 45% with at least one dose, compared to 54% for Latino residents, 65% for white residents and 76% for Asians. Vaccination rates continue to be especially low among younger Black residents, with only 28% of those aged 18-29 vaccinated.

“We have got to do more and so this state is not just doubling down, we’re quadrupling down in terms of our targeted and strategic and surgical outreach — GOTV, get out the vax programs, vax to school strategies, community- based organizations,” he said. “Also knocking on doors, reaching out where people are, more and  more trusted, real trusted messengers, not elected officials. Doctors, members of the community giving people the tools of information and knowledge,” Newsom said.

“The purpose of this project is to vaccinate close contacts of COVID- 19 cases,” Davis said.

When close contacts of people who contract the virus are reached by county officials, they are offered the opportunity to get the shot from a nurse who comes to their home.

“This happens once they’re identified and if they’re willing to be vaccinated,” Davis said.

He said the program also offers “to vaccinate their contacts as well, in order to create a ring of people around them that are fully vaccinated.”

In hopes of encouraging more people to get vaccinated, the county is continuing to offer incentives. Through Thursday, anyone who gets vaccinated at sites operated by the county, the city of Los Angeles or St. John’s Well Child and Family Center will be entered for a chance to win one of seven concert ticket prizes, including box seats at the Hollywood Bowl and tickets to Staples Center concerts including Celine Dion, Grupo Firma, Luke Bryan, Kane Brown and Dan+Shay.