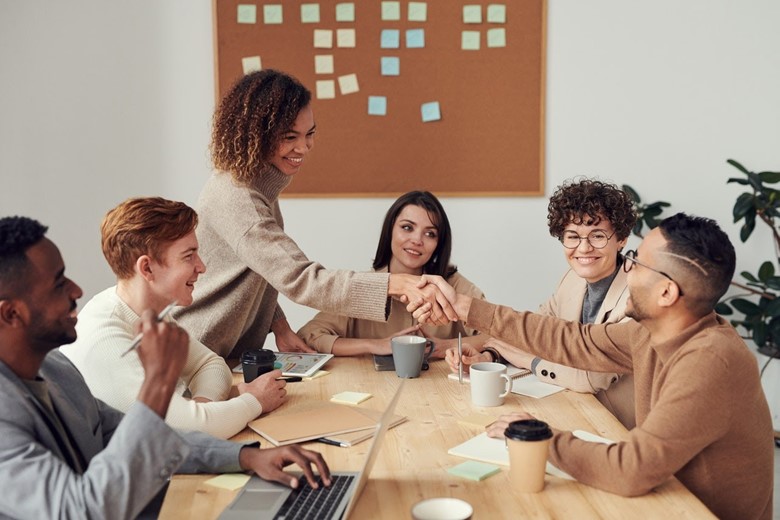 Whether we go to school, play sports, or operate in a traditional workplace, we all have to be a part of a team. While some teams work well together and increase the likelihood of success, others can be ineffective, stressful, or taxing. Being friends with the people you work with doesn’t guarantee a cohesive team, but cohesion can happen if the group remains united.

Being a cohesive team means that everyone feels like they’ve contributed to the group’s success and are motivated to reach the same goal. How do businesses create these teams?

Psychologist Bruce Tuckman came up with the optimal way to create a cohesive team in his 1965 paper, “Developmental Sequence in Small Groups.” He describes the path that teams can follow to become high-performing and also dictates the ending stage of the team’s journey.

These five stages of team development are proven to work for most businesses:

It’s crucial to celebrate team victories as they come. Your employees will feel more satisfied and accomplished if their peers or management recognizes their hard work.

Why Cohesive Teams Matter in the Workplace

The teamwork formed on cohesive teams is essential in order to accomplish the overall objectives of an organization, but it also creates a better place to work.

An environment that promotes teamwork and cohesiveness fosters loyalty and friendship, which can be achieved through group activities, employee recognition or engagement tools. A close-knit relationship from employee to employee motivates them to work harder, be supportive of each other, and stay cooperative. Cohesive teams encourage workers regardless of challenges, whether they’re working on a project together at the moment or sitting next to each other.

Working in a cohesive unit benefits the group as a whole because they’re able to provide an organization with a diversity of thought. Effect teams are innovative and come up with different ways to meet objectives. Teams can provide quick feedback and support to anyone that falls behind and strengthens accountability to help make important effective decisions faster.

Once a new team is firmly out of the Storming Stage, they become more productive and efficient. Workload that’s allowed to be shared will reduce pressure on individuals and guarantee tasks are completed within a set time frame. When individuals work together, they produce a more efficient output, which leads to improved job satisfaction rates and an increased work pace.

It’s difficult to learn from your mistakes if you’re unsure of what you’ve done wrong. However, in a cohesive group, you can avoid future errors more effectively if you gain insight from other team members. Through this method, individual team members can expand on their skill set and learn new ideas from their peers. Ultimately, this creates a more innovative worker.

Teams that work together under a shared goal become more aware of their responsibilities and their place within the business. Cooperation and workplace synergy lead to a higher degree of accomplishment when compared to individual goal setting. When a team goal is accomplished, members feel more supported, respected, and trusting of their peer group from then on.

An unhappy or disgruntled employee is usually harmless, but they can cause significant damage to a company’s reputation or intellectual property. A cohesive team can easily spot disgruntlement as they watch and aid each other through difficulties.

About the author: Kat Dent is a business owner who helps small businesses succeed with their SEO marketing strategies by producing content that is valuable to the reader and rankable. She has written for hundreds of websites and enjoys speaking on behalf of female entrepreneurs who are interested in blogging, podcasting, and video content.