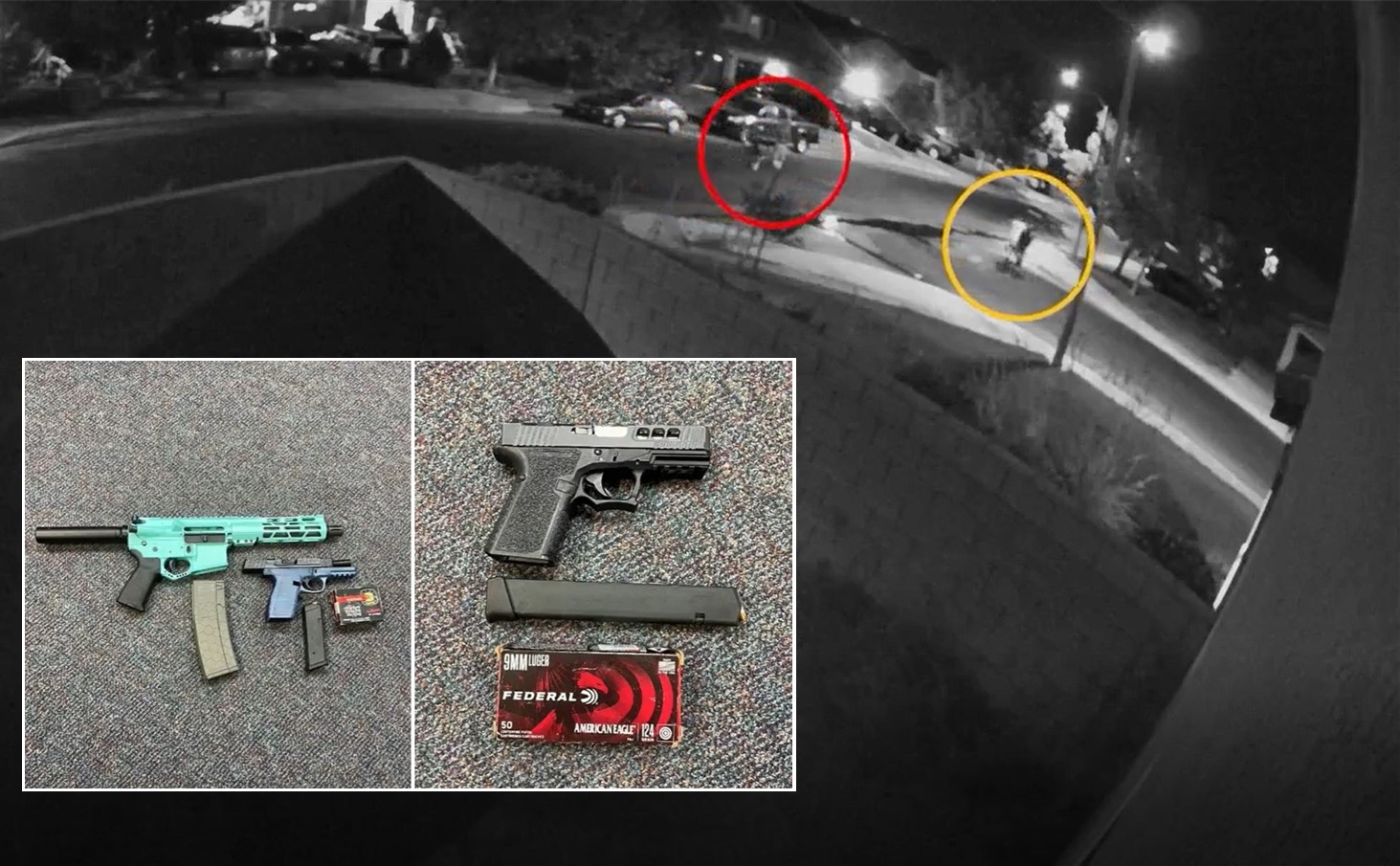 LANCASTER – The sheriff’s department Thursday released chilling video while announcing the arrests of two suspects in a gang-related shooting that seriously wounded two teenagers in Lancaster on June 18.

“It shocks the conscience, but sadly, it’s become just another one of many incidents that are happening with far too great frequency throughout Los Angeles County, which is crimes involving guns,” Sheriff Alex Villanueva said at a press conference Thursday afternoon (view the full video below). “This impacted two of our own kids up in the north Los Angeles County area… thankfully, they both survived and they’re recovering… they have a long road to recovery.”

Around 9:50 p.m. on June 18, two 18-year-old victims were walking southbound on Raven Lane, approaching Avenue J-4, when two assailants rode by — one on a bicycle and the other on a skateboard — stopped and started shooting at the victims, according to Captain Robert Jones, Unit Commander for the sheriff’s department’s Operation Safe Streets Bureau (OSS).

“Approximately 30 expended shell casings were found at the scene. Both victims were transported to a local hospital, where one victim remains in serious condition… the other has been released to recover at home,” Jones said.

The shooting was captured on a neighbor’s surveillance camera, and sheriff’s officials played the video at Thursday’s press conference.

“Through innovative investigative techniques, the assistance of community members, and Lancaster Station patrol, investigators were able to identify one male black adult suspect and one male black juvenile subject in his teens, believed to be involved in the shooting,” Jones said, adding that both suspects were arrested June 29 on suspicion of attempted murder.

The adult suspect, a self-proclaimed gang member, admitted to his involvement in the shooting, but “based on current laws, the juvenile was unable to be interviewed by  investigators,” Jones said.

OSS investigators also served search warrants at two locations, which yielded an AR-15-style semi-automatic rifle and two automatic handguns that Jones described as “ghost guns” — unregistered weapons made from kits available on the Internet. In addition to the two suspects connected to the shooting, three other individuals were arrested throughout the investigation, according to Jones.

The suspects, whose names were not immediately released, had ties to a Los Angeles street gang, detectives said.

The 18-year-old victims had no gang ties or criminal histories and had graduated from high school just two weeks before the shooting, Detective Jonathan Livingston said at the press conference.