PALMDALE – An 18-year-old was in custody Tuesday afternoon in connection with a hit-and-run crash in Palmdale that left two people dead.

Jamaal Tyree Madden was arrested around 3:15 p.m. Tuesday, June 29, after the Los Angeles County Sheriff’s Department circulated a photo of the teen and sought the public’s help to locate him.

Madden’s Dodge Challenger was allegedly traveling westbound at more than 100 mph when it slammed into a Toyota Corolla on Rancho Vista Boulevard, near the Antelope Valley Mall, at about 12:30 a.m. on June 9.

The driver of the Corolla subsequently lost control of the car, which crashed into a light pole, rolled over and burst into flames. The driver was ejected, while his passenger remained trapped inside.

Lesther Deleon, 37, and his passenger, Spechelle Pope, 28, were both pronounced dead at the scene, where a makeshift memorial was created. Relatives described Pope as a mother of five and Deleon as a Lyft driver who was giving her a ride home from a store.

Madden allegedly abandoned the Challenger following the crash and left the scene in another vehicle.

Madden was arrested by the LASD fugitive unit Tuesday afternoon and booked at the Century Station jail in lieu of $1 million bail, according to LASD inmate records. 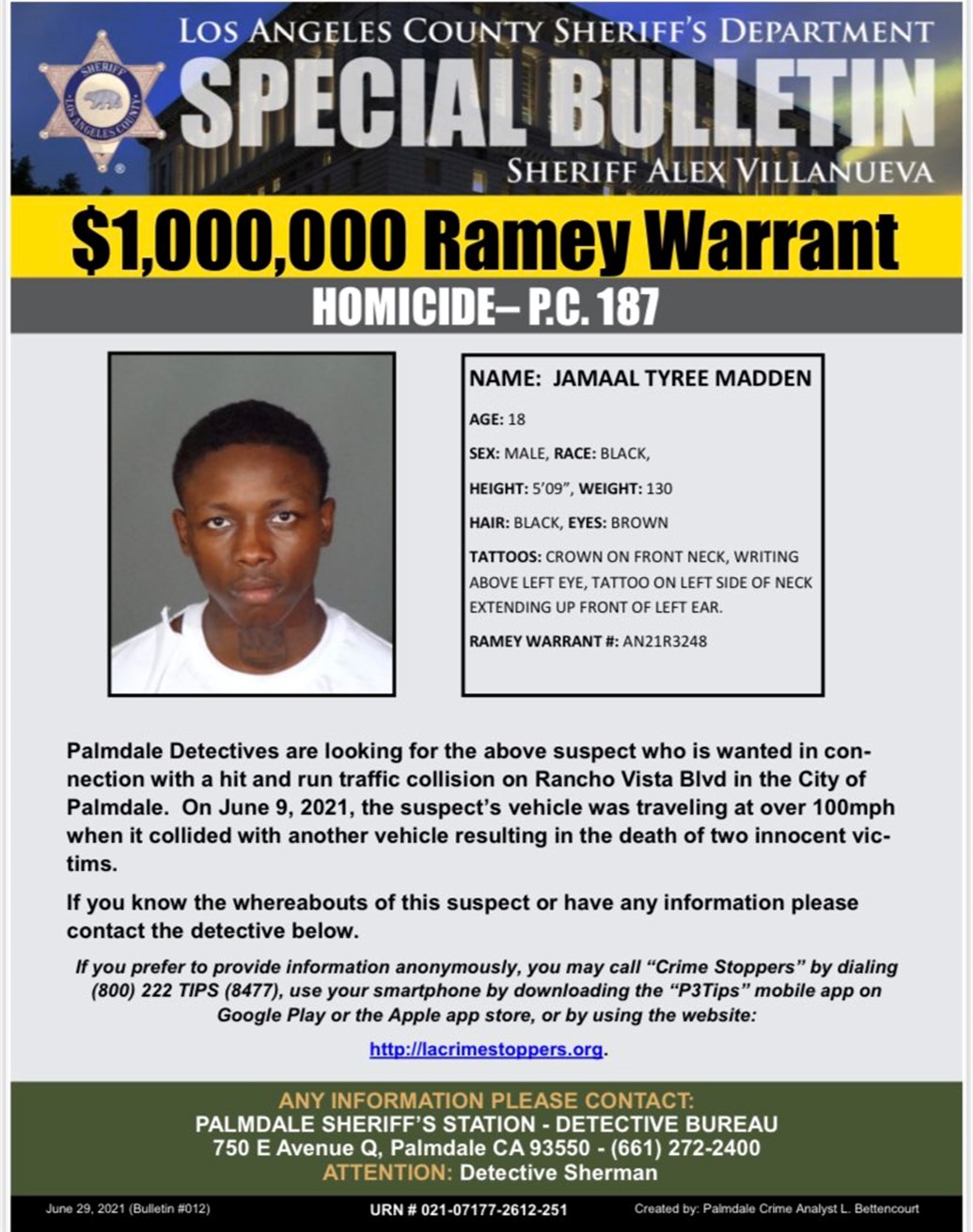