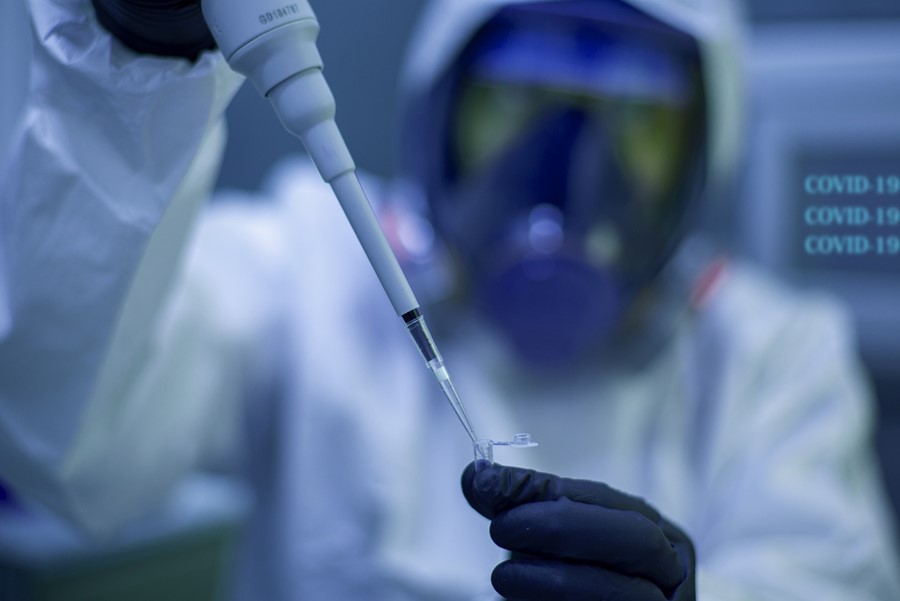 At the current pace of COVID-19 vaccinations, it will take until late August to reach the target goal of getting 80% of Los Angeles County residents aged 16 and older at least partially vaccinated, roughly one month later than previously thought, according to a new projection released Wednesday.

“We’re currently administering about 100,000 vaccinations to L.A. County residents each week, and have about 1.1 million more first doses to go before 80% of all L.A. County residents 16 and older have received at least one vaccine,” County Public Health Director Barbara Ferrer said in a virtual media briefing.

“If we keep vaccinating at the same rate we’ve been going for the past two weeks, it will take us until late August to reach this goal. And obviously we would like for this to happen sooner, so we’re hoping with easier access and more opportunities to get questions answered about vaccine safety, we can increase the number of doses we’re administering each week.”

The 80% vaccination rate has been generally cited as the level desired to reach so-called “herd immunity” against COVID-19. According to figures released by Ferrer, roughly 64% of county residents aged 16 and older have received at least one dose so far, while roughly 53% of residents in that age bracket are fully vaccinated.

The Black and Latino/a communities continue to lag behind the rest of the population in vaccinations, particularly among younger age groups. Most recent figures showed that just 21% of Black residents and 32% of Latino/a residents aged 16-17 have received at least one dose so far. That compares to 51% of white residents and 67% of Asian residents aged 16-17. Among 18- to 29-year-olds, just 24% of Black residents have received at least one dose and 37% of Latino/a residents. Among white residents in that group, the rate is 54%, and among Asians, it’s 70%.

The low vaccination rates have translated to higher rates of infections, hospitalizations and deaths among Black and Latino/a residents in recent weeks, Ferrer said. The county has continued to expand its mobile vaccination efforts in hopes of reaching hard-hit communities. Along with financial incentives being offered by the state, the county is also offering prizes of its own for people who get vaccinated.

Through Thursday, at all county-run vaccination sites, city sites and St. John’s Well Child and Family Center sites, everyone 18 and older getting their first COVID-19 vaccine will have an opportunity to win a pair of tickets to the 2021-2022 home season of either the LA Kings or the LA Galaxy. Two residents will be awarded prizes. The contest is also open to anyone receiving a second dose who brings another person with them to be vaccinated.

Beginning Friday and continuing until next Thursday, season tickets will be up for grabs for the Dodgers or the Los Angeles Football Club.

The state of California, meanwhile, is offering financial motivation to encourage people to get vaccinated. On Friday, the state will hold the first of two planned drawings, awarding $50,000 in cash to 15 people who have been vaccinated. A second drawing will be held June 11 to pick another 15 winners. On June 15, the date the state is scheduled to lift the majority of its COVID- 19 restrictions, the state will draw the names of 10 vaccinated residents, each of whom will receive $1.5 million.

Ferrer stressed again, however, that while incentives are helpful, increasing vaccination rates will require better access to the vaccines and stepped-up efforts to address residents’ hesitancy about getting the shots.

“I don’t think incentives are going to take us to where we’re trying to go,” she said. “I think the best strategies are the strategies around improving access and making sure people are getting their questions answered and they have access to good information. So I think that needs to continue to be really the framework in which we operate. But we are grateful for all the contributions that do make it exciting for some people to come in now and go ahead and vaccinated. So we think incentives have their place, but they’re no substitute for the hard work with improving access and making sure people have the kind of information they’re looking for to answer their questions.”

Regardless of the slowed pace of vaccinations — at one point roughly 500,000 doses of vaccine were being administered in the county weekly — Los Angeles County still fully intends to align with the state when it lifts the vast majority of COVID-19 restrictions on business activity and public gatherings on June 15.

Ferrer said the county does plan to issue some industry-specific guidance for private companies that may want to maintain safety precautions for workers and customers. She also noted that the board of the California Occupational Safety and Health Administration, or Cal-OSHA, will be meeting Thursday to potentially enact continued workplace regulations that will remain in effect regardless of the June 15 lifting of other COVID rules. The proposed Cal-OSHA rules would continue to require face coverings at all indoor work sites, unless everyone in the room is fully vaccinated and showing no symptoms of COVID-19. Similar rules would apply to outdoor worksites.

“It will be important for all businesses to know that they do need to comply with all of the Cal-OSHA masking and distancing requirements at worksites past June 15,” Ferrer said.

The county on Wednesday reported nine more COVID-19 deaths, lifting the overall death toll to 24,354. Another 120 infections were announced by the county, pushing the cumulative total from throughout the pandemic to 1,244,254. According to state figures, there were 244 people hospitalized in the county due to COVID, down from 254 on Tuesday, with 42 people in intensive care, down from 47 a day ago.