UPDATE 5.27.21: On Thursday, May 27, the Los Angeles County Sheriff’s Department reported that Naysha Garcia had been found. No other details were released.

Naysha Garcia was last seen around 7 a.m. Tuesday, May 25, in the 44500 block of Ranchwood Avenue, according to the Los Angeles County Sheriff’s Department.

Garcia is 5 feet, 5 inches tall and weighs 140 pounds with brown eyes and long black hair. She was last seen wearing a turquoise top and black yoga pants, the department said.

Anyone with information on Garcia’s whereabouts is encouraged to call the sheriff’s Missing Persons Unit at 323-890-5500. 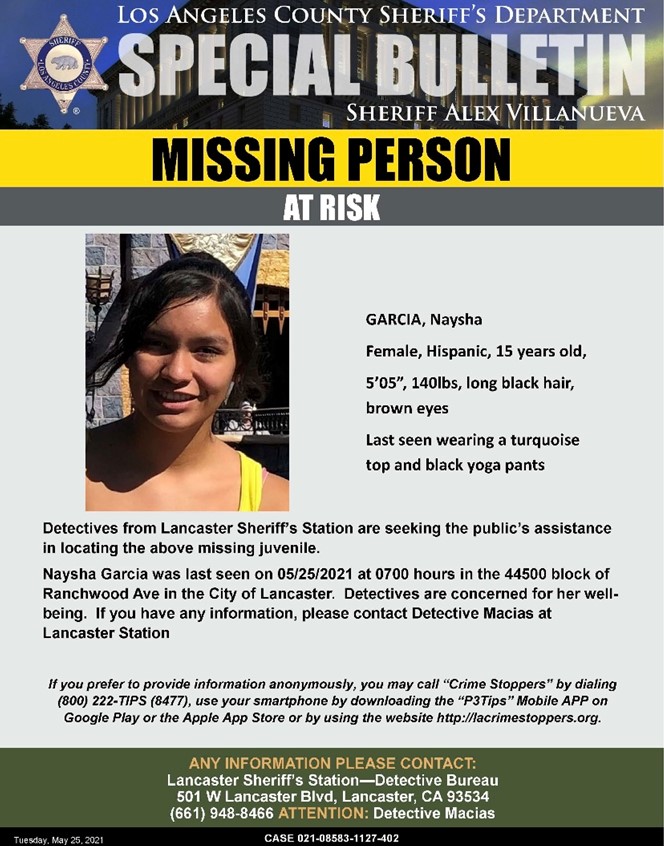