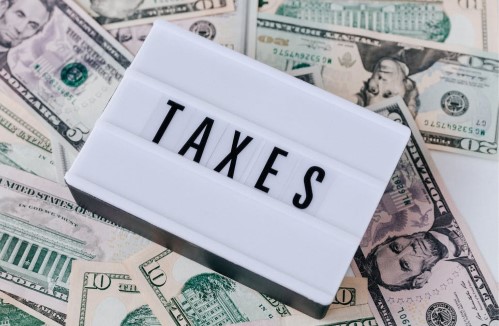 Taxpayers who already filed their 2020 federal income taxes and included unemployment relief payments in gross earnings may be getting some money back that they might not have expected, the IRS announced Friday.

The federal tax filing deadline is Monday, after the IRS moved it down from the traditional date of April 15, but the agency said about 10 million people nationwide who filed well in advance and factored in unemployment support as part of gross income could be receiving refunds of varying amounts.

“These corrections are being made automatically in a phased approach, easing the burden on taxpayers,” the IRS said in a statement. “The first phase is underway and includes the simplest returns. The next phase will include more complex tax returns, which the IRS anticipates will take through the end of summer to review and correct.”

According to federal officials, the reason for the recalculation of returns and refunds stems from provisions of the American Rescue Plan Act of 2021, signed into law in March, which exempts up to $10,200 in unemployment benefits for households with gross earnings up to $150,000.

Officials underscored that the $10,200 is the limit of the allowance — not the amount that might be refunded.

“Refund amounts will vary, and not all adjustments will result in a refund,” the IRS stated.

Individuals due for refunds will be sent the funds via direct deposit if they filed online and overpaid, while others who sent payments to the IRS via mail will be sent refunds the same way. Checks are expected to start going out anytime.

“The IRS will continue to send refunds until all identified tax returns have been reviewed and adjusted,” according to the agency.

More information is available at https://www.irs.gov/newsroom/tax-treatment-of-unemployment-compensation.