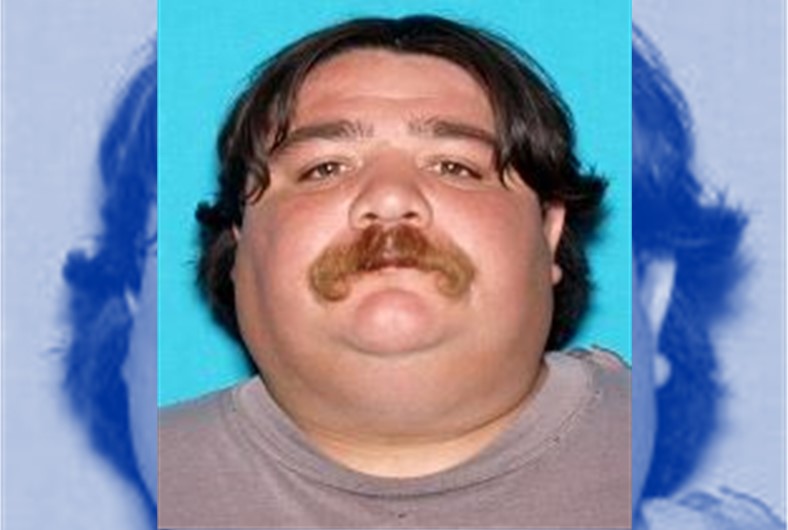 UPDATE [5/5/21]: Aaron Acuna has been found, the sheriff’s department announced. No further details were released.

LANCASTER – Authorities are seeking the public’s help to locate a missing 400-pound man who was last seen in Lancaster.

Aaron Acuna, also known by the nickname “Sane,” was last seen on April 26 at about 8 a.m. in the 43700 block of Country Side Road, according to Deputy Eva Jimenez of the Sheriff’s Information Bureau.

Acuna is 37 years old, Hispanic, 5 feet, 3 inches tall and has short curly brown hair and brown eyes. He was last seen wearing black sweatpants and a black sweatshirt. He has scarring on his knuckles from a tattoo removal.

“[Acuna] is bipolar and his family is concerned for his well-being,” according to a news release from the Lancaster Sheriff’s Station. He is known to frequent local parks in the area of 32nd Street West and Avenue K in Lancaster.

Anyone with information on Acuna’s whereabouts should contact the Sheriff’s Missing Persons Unit at 323-890-5500. Anonymous tips can be called in to Crime Stoppers at 800-222-8477 or submitted online at lacrimestoppers.org. 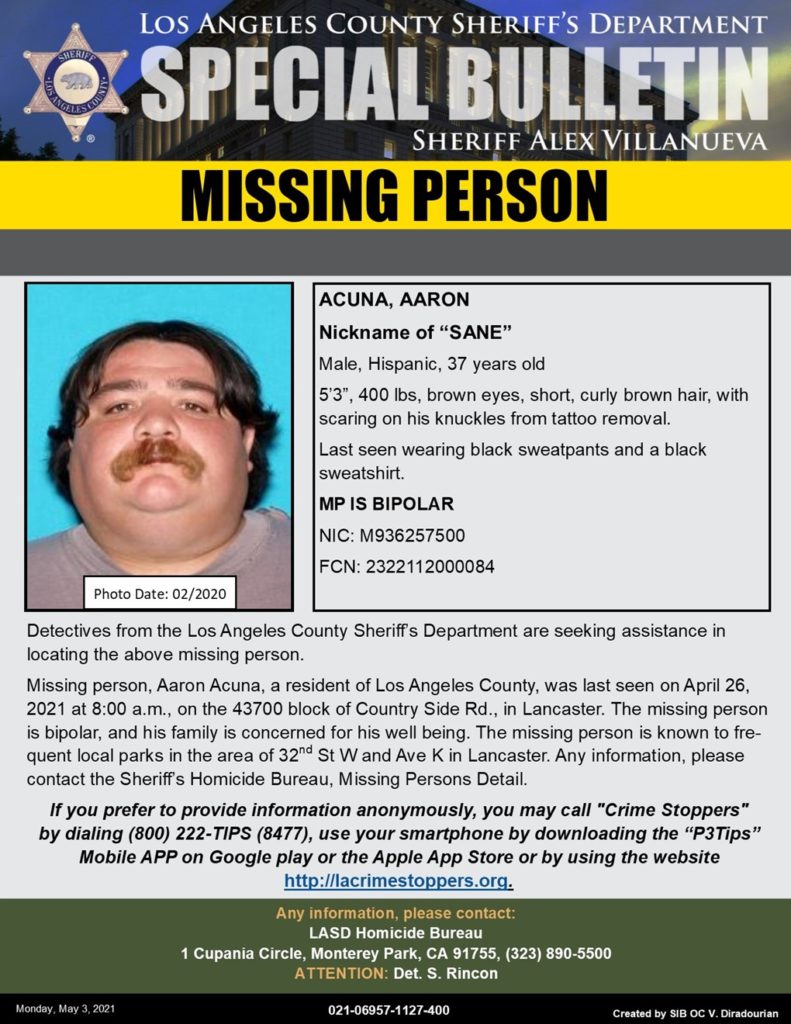