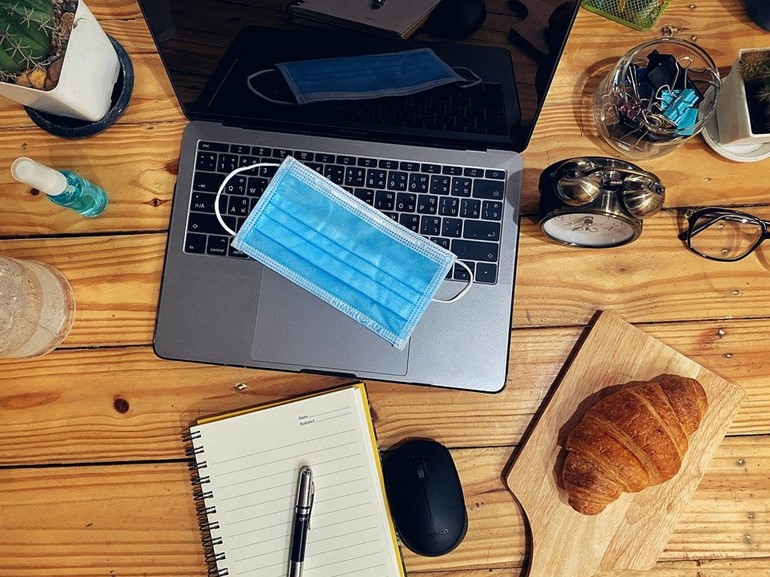 A USC study released Monday found that Californians have embraced telehealth and remote work during the coronavirus pandemic, and many expect to take far fewer work- and heath-related vehicle trips even after it ends.

“The hesitancy towards remote work, learning and telehealth was swept away by necessity during the pandemic,” said Hernan Galperin, the study’s lead researcher and an associate professor at the USC Annenberg School for Communication and Journalism.

“Now we’re seeing a seismic shift in the way people want to work, learn and manage health visits among those who have broadband access,” Galperin said. “Those changes give us a real opportunity to cut congestion and carbon emissions.”

“This is a very fascinating result,” Galperin said, highlighting “the tremendous potential of remote work to continue after the pandemic, not by necessity but really by choice of workers.”

However, the researchers did not survey employers to get data on the likelihood of employers allowing workers to telecommute full- or part-time. The study also found that employed participants 65 and older experience the highest level of remote work, with 63% of participants responding that they were able to work from home.

“We tend to think of older adults as those who are less comfortable with computers and the internet. But in fact they are the group that, when they are employed, they’re taking the most advantage of telework for obvious reasons that are related to their higher risk of COVID exposure,” Galperin said.

The second-largest age group able to work from home was 35- to 44-year- olds, and the least likely to telecommute was the youngest demographic surveyed, those between 18 and 34. Additionally, the study found income disparities for people who are able to work remotely. Only 32% of those in the lowest income group reported working from home, compared to 60% of those who earned between $60,000 and $99,000 and 73% of people in the top income bracket.

Researchers also found that more adults reported distance learning, with one-third of Californians 18 and older responding that they had taken an online class or training course during the pandemic, and two-thirds of that group reported they would continue distance learning if they have the opportunity.

“Telehealth access is a vital component of broadband access and equity,” said study contributor Dorian Traube, an associate professor at the USC Suzanne Dworak-Peck School of Social Work and member of the fund’s Board of Directors. “While the COVID-19 pandemic opened new access points for patients, disparities still exist in access related to essential social determinants of health, including race and place of residence. Closing the digital divide holds promise for increasing health equity.”

“That’s tremendous because we know for our disabled communities getting to a physician can be very, very challenging,” Traube said. “Additionally, they sometimes will have many more health appointments that they have to go to at multiple facilities, so this really increases access and also reduces the burden for the patient.”

Researchers believe that the disparities in telehealth are caused by gaps in income, education and access to any kind of health care. Participants in the Bay Area reported the highest level of engagement with telehealth, at 58%, followed by the Inland Empire, Orange County, San Diego County and the Central Valley. Los Angeles County had the lowest level of participation in telehealth, with 46% of participants in the area reporting that they took advantage of telehealth.

The study was welcomed by Kome Ajise, executive director for the Southern California Association of Governments, which consists of representatives of six counties and 191 cities, including Palmdale and Lancaster.

“At SCAG, we pride ourselves on relying on data for decision support, and what you’ve done is provide us with a treasure trove of data on this one particular issue,” he said.

Ajise said broadband is a vital infrastructure, and the region needs to make sure that low income communities and communities of color are not left behind from access to health, learning and work. He said the study will help SCAG ensure an equitable approach in its program to create new broadband infrastructure in the region.