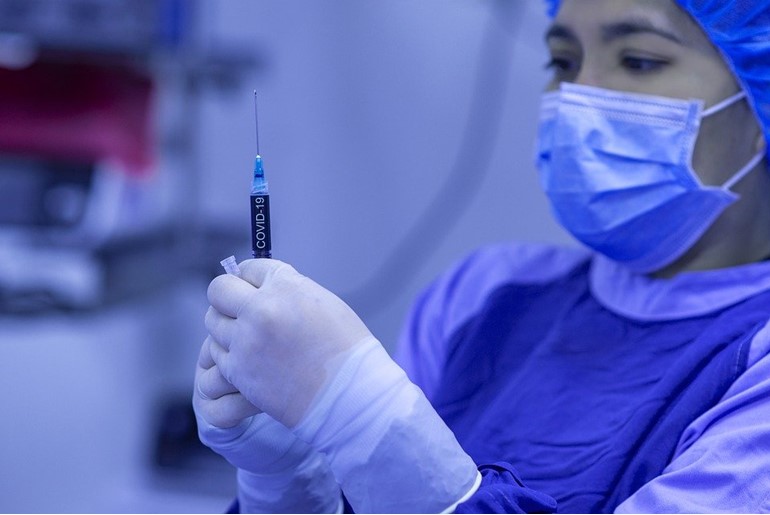 The number of people hospitalized in Los Angeles County due to COVID-19 dipped again Thursday, keeping the total below 600 for the bulk of April, but health officials again urged residents to keep taking precautions against infection and to get vaccinated when eligible.

“By continuing to take action to reduce transmission and get vaccinated, we are making great progress keeping cases and hospitalizations low,” Public Health Director Barbara Ferrer said in a statement. “It is still too early to think we are out of the woods because, even if you have been vaccinated, many others have not yet had a chance.

“Transmission is moderate in L.A. County with a number of variants of concern circulating,” Ferrer said.

According to state figures, which generally pace a day ahead of numbers provided by the county, there were 540 people hospitalized in Los Angeles County due to COVID on Thursday, down from 572 on Wednesday. There were 139 people in intensive care, up slightly from 136 on Wednesday. Ferrer said that while COVID-19 cases and hospitalizations have continued dropping in the county, the rate of decline has slowed significantly.

According to Ferrer, the average number of daily new COVID-19 infections dropped by 82% during the month of February. In March, it dropped by only 42%, and by the end of the March, “our case numbers stopped significantly declining altogether,” Ferrer said. Daily hospitalization numbers showed a similar pattern, dropping by 70% in February, but only by 57% in March.

The only metric to buck the trend was the number of COVID deaths, with the daily average dropping by 63% in February and then 86% in March. On Thursday, the county reported another 52 COVID-19 deaths, lifting the death toll from throughout the pandemic to 23,388. The county also announced another 710 new cases, raising the cumulative total since the pandemic began to 1,223,791. View the latest detailed report by city and demographics here.

The county has been working to expand its capacity to administer vaccines, in anticipation of increasing supplies of doses, and increased demand when all residents aged 16 and over become eligible for shots on April 15. Ferrer on Wednesday confirmed the county’s first case of a variant initially detected in South Africa, and three cases of a Brazilian P.1 variant. Both are labeled “variants of concern” by federal health officials due to their ease of spread from person to person.

Given the limited amount of testing the county conducts to identify variants, the discovery of the new strains in such a small testing sample means “it is likely there are additional undetected and undiagnosed cases,” Ferrer said.

Ferrer said the increasing number of variants and the slowing decline in new cases and hospitalizations should serve as a warning for residents not to let their guard down, even as more business restrictions are being eased. She said people need to continue practicing infection-control measures, and get vaccinated when they can.