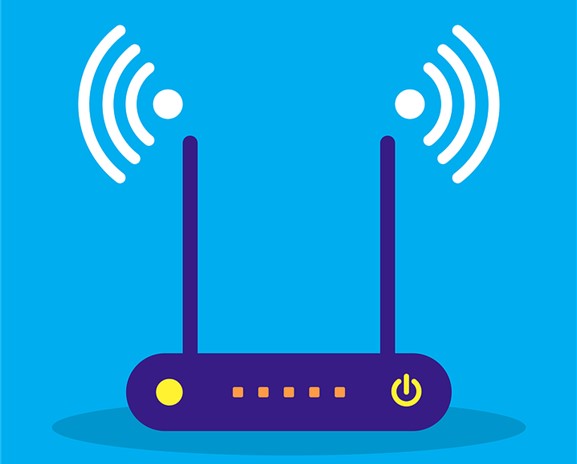 A USC survey released Tuesday found that nearly 91% of California households have high-speed internet access, which the university called a “digital milestone,” but 19% of Los Angeles County remains unconnected or under connected.

The statewide survey, which was conducted by USC and the California Emerging Technology Fund, found that access to high-speed internet rose more than 15% from 2014, when about 75% of the state’s households had access. It also found that 85% of residents use a desktop, laptop or tablet to connect to the internet, up from 78% two years ago. Fewer households, about 6%, now rely solely on smartphones to access the internet, compared to 10% two years ago, according to the survey.

Despite more households than ever having access, the survey found that a digital divide remains for low-income Californians, as 16% are unconnected and 10% depend on smartphones. The findings show that the digital divide is both an urban and rural issue, as the regions with the most residents unconnected to high-speed internet or only connected through smartphone are Central Valley, with 20%; Los Angeles County with 19%; the rest of California with 17%; Orange and San Diego counties with 14%; the Inland Empire with 13% and the Bay Area with 9%.

Nearly a quarter of Californians who identified as Hispanic are unconnected or only connected through smartphones, and the largest digital inequity is among Hispanic people who only speak Spanish, with only 65% connected to the internet, while 25% have no connection and 10% rely on smartphones. White people, however, are 5% unconnected and 4% of them are on smartphones, researchers found.

The problem also persists for Californians who are 65 years old and older, with 23% of them lacking broadband, compared to 10% of Californians who are between 50 and 64 and less than 5% between 18 and 49. If smartphones are included, 77% of people 65 and older are connected to the internet, which is a 9% increase from two years ago. Additionally, 27% of people who have a disability are unconnected or only connected via smartphone, which is 12% higher than their numbers in the overall California population.

“There are still some challenges on the road to digital equity,” said Hernan Galperin an associate professor at the USC Annenberg School for Communication and Journalism who served as lead researcher for the survey. “There’s no guarantee that the emergency measures taken to shore up access to the Internet and devices will continue after the pandemic, while those still left behind may be the hardest to connect.”

Income is the dominant factor in whether or not a household has internet access, according to the survey, and California has the highest number of impoverished residents of any U.S. state, despite its economy being the fifth largest in the world, researchers noted. Thirty percent of households that earn less than $20,000 a year have no internet connection, researchers found. Those who earn less than $40,000 a year made progress in internet connectivity between 2014 and 2019, prior surveys found, but progress has slowed, according to the USC study.

“As going digital is a way of life, we are encouraged to see that overall internet adoption is increasing,” said Sunne Wright McPeak, president and CEO of the California Emerging Technology Fund. “Still, far too many Californians are up against a wall of poverty. From our work in education and telehealth, we know home internet is a catalyst for expanding opportunity for all Californians. It’s time for leadership from the highest levels of government and business to crush the wall of poverty.”

Researchers believe that the closures of schools, businesses and public libraries during the pandemic have likely hindered connectivity.

Many low-income families were forced to cut services out of their budget during the pandemic, including internet connection. The survey found that nearly one in five low-income households that currently have internet access reported going without it for extensive periods, and some cited cost as the reason. While some internet providers offer less expensive plans to certain populations, particularly low-income families with school-age children, many people do not know that those programs exist.

According to the survey, two out of three households that either do not have internet access or rely on smartphones were unaware of those opportunities. Researchers noted that the offers can be especially difficult to access for people who do not speak English, and some families still can’t afford discounted internet service.

The Statewide Survey on Broadband Adoption is conducted annually or biennially since 2008. This year’s study surveyed 1,650 California adults between Feb. 10 and March 22 in English, Spanish, Mandarin and Vietnamese. Ninety-four percent of interviews were conducted on mobile phones and 6% were on landlines, and the survey results were weighted for age, gender, race/ethnicity, education and region.