LANCASTER – Los Angeles County Sheriff’s Homicide investigators are seeking the public’s help to identify and locate three murder suspects in the death of Samantha Mena, a woman who was ran over and killed last week while trying to stop a robbery in Lancaster.

The incident occurred around 8:22 p.m. Friday, March 26, on the 44000 block of 15th Street West, according to a news release from the Lancaster Sheriff’s Station.

“The pictured suspects were involved in an attempted robbery at a residential complex when victim Samantha tried to stop them. While the suspects fled to their vehicle, she followed them. During the course of this incident, the suspects entered their vehicle and ran over the victim as they fled the scene,” the news release states.

Samantha Mena was transported to a local hospital where she later died as a result of her injuries, according to the Sheriff’s Department.

“The persons pictured in the flyer are responsible for her murder. Detectives are seeking to identify and locate them,” the sheriff’s news release states.

Anyone with information on the identity or location of these suspect are encouraged to contact the Los Angeles Sheriff’s Department Homicide Bureau at 323-890-5500. To remain anonymous, call Crime Stoppers at 800- 222-TIPS (8477). 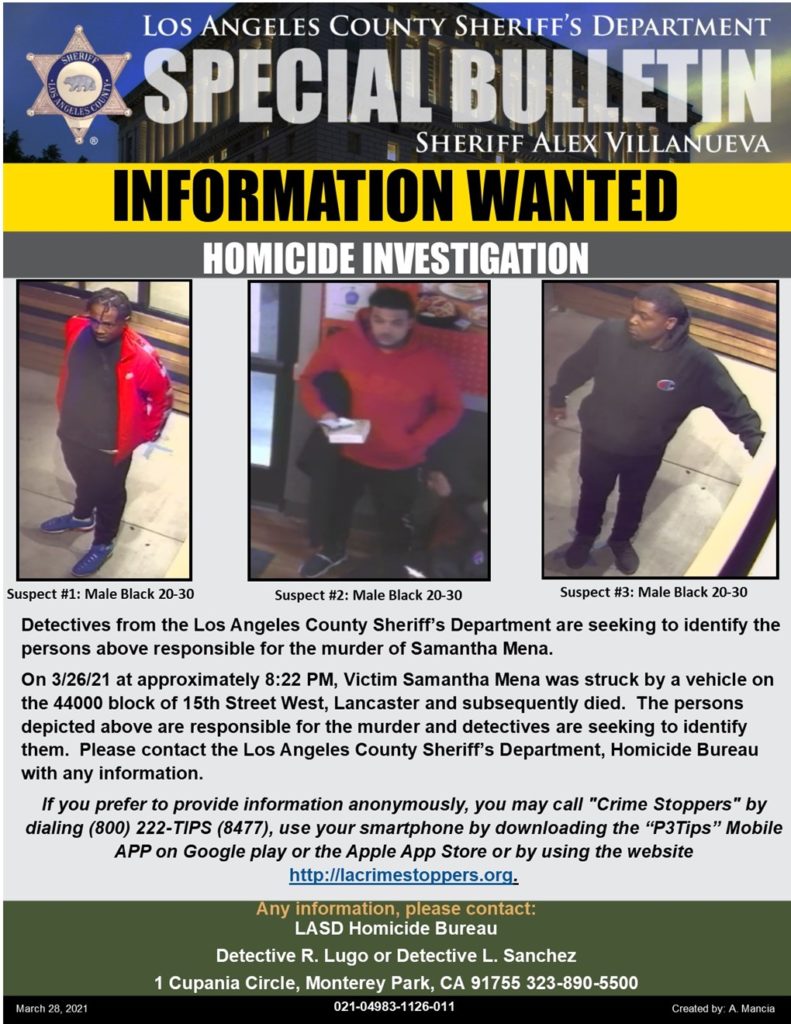