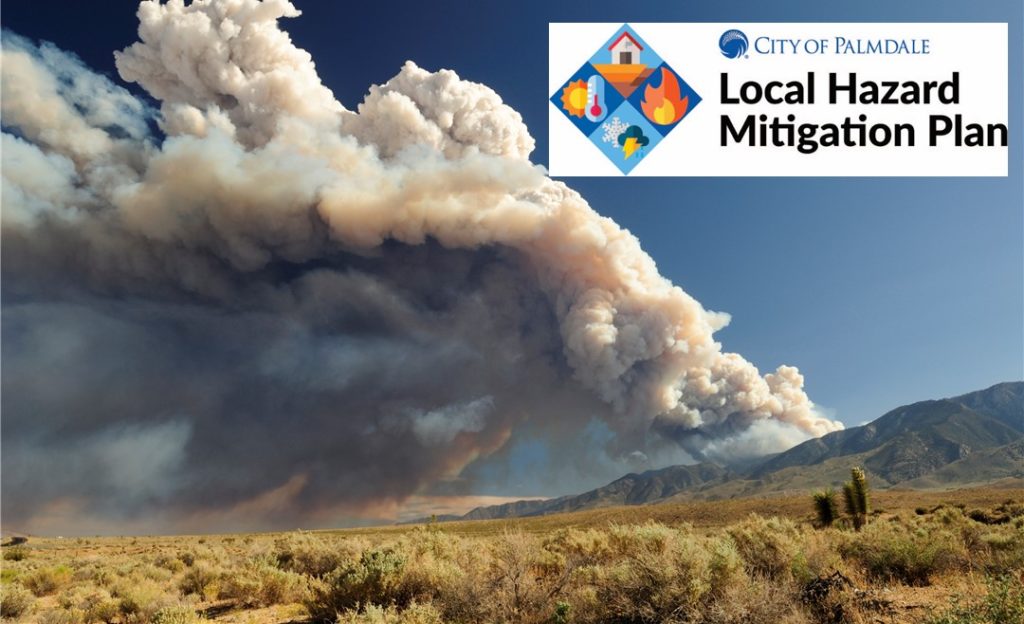 PALMDALE – The city of Palmdale is asking residents, business owners, and stakeholders to take a survey to help update the existing Local Hazard Mitigation Plan (LHMP).

The survey is available at www.CityofPalmdale.org/hazardplan . It is open to Palmdale residents, business owners and stakeholders. Gift cards will be given away randomly throughout the duration of the survey.

The city’s current LHMP was adopted in 2015 and is due to be updated this year for another five-year period. Working with partner agencies (schools, police, fire, military, medical, etc.), the city will ensure that potential hazards are properly identified, and that appropriate measures to protect the public are included in the plan.

“The LHMP covers a wide range of hazards affecting Palmdale, including earthquakes; floods, dam failure and inundation; wildfires and brush fires; transportation accidents and hazardous material spills; drought; severe weather; and power/utility failure,” said Palmdale Mayor Steve Hofbauer. “It’s important that our residents weigh in and provide feedback to ensure that the new plan has us prepared for a potential disaster.”

“Having an LHMP in place helps direct City resources appropriately and qualifies the City for federal disaster relief,” said Mayor Pro Tem Laura Bettencourt. “Updated plans are critical as Living in Southern California makes us vulnerable to a variety of potential disasters.”

Funding for updating the LHMP was provided in part by a $50,000 Southern California Gas Climate Adaptation and Resiliency Planning Grant.

“We look forward to hearing from the public as our staff prepares to update our existing plan,” said Palmdale City Manager J.J. Murphy. “Gauging the priorities of our community is a priority in the process, and people can win a gift card just for taking the survey.”