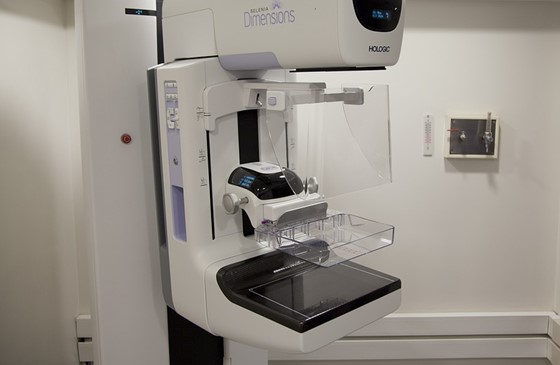 Screenings for breast cancer and colon cancer dropped dramatically during the early months of the coronavirus pandemic, but returned to near-normal levels by the end of July, according to a study released Monday by the RAND Corp.

Analyzing insurance claims from more than six million Americans with private health coverage, RAND Corp. researchers found that mammography rates among women aged 45 to 64 declined by 96% during March and April 2020 as compared to January and February. Similarly, the weekly rate of colorectal cancer screenings among adults aged 45 to 64 and older declined by 95% during the period.

By the end of July, however, the rate of mammograms among women had rebounded and was slightly higher than it had been before the pandemic was declared. The rate of colonoscopies also rebounded, although it remained below pre-pandemic levels, and did not rebound enough to offset initial reductions in care, according to the findings published online in the Journal of General Internal Medicine.

“These are the first findings to show that, despite real fears about the consequences of drop-off in cancer screens, health facilities figured out how to pick this back up after the initial pandemic restrictions,” said Ryan McBain, the study’s lead author and a policy researcher at RAND, a nonprofit research organization. “Our study shows that health systems were able to recalibrate resources and protocols in a relatively short interval to deliver these important services.”

Routine cancer screening procedures such as mammography and colonoscopy — essential for early detection and treatment of cancers — rely primarily on office-based medical technologies. It’s been widely known that use of those procedures plummeted immediately after the coronavirus pandemic was declared in March 2020, creating concerns that the trend could delay diagnosis of cancers and as a result have adverse health consequences.

Researchers analyzed medical claims from 6.8 million commercially insured U.S. adults for the period from Jan. 15, 2020, to July 31. Medical claims data were provided by Castlight Health, a health benefits manager for employer-sponsored health insurance plans across all 50 states. The analysis was limited to those ages 45 to 64 — target populations for cancer screening procedures prior to Medicare eligibility.

“While it is reassuring to see cancer screening rates begin to return to pre-pandemic levels, we have to ensure that people who deferred preventive services are prioritized to get their screening in a timely manner, especially if they are at higher risk of disease,” said Dena M. Bravata, chief medical officer of Castlight Health.