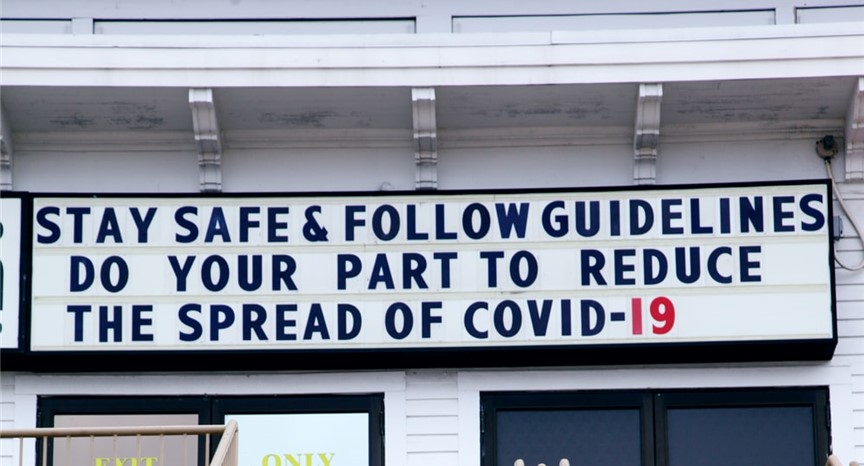 As indoor dining, movie theaters and gyms begin reopening under less restrictive health orders, the Los Angeles County Board of Supervisors Tuesday approved new guidance focused on penalizing only the worst or repeat offenders for COVID-19-related violations. The vote, held without any comment by the board, was unanimous.

Supervisors Janice Hahn and Kathryn Barger had tried last week to pass a motion directing health inspectors not to impose any fines at all on a first visit. Hahn, who co-authored a July motion calling for financial penalties, last week said some fines amounted to “salt in the wound” for businesses struggling to get back on their feet and heavily spending on safety improvements.

“I was shocked to hear that businesses received a $500 fine during the first inspection, even when they are working to comply,” Hahn said then.

Barger said during that earlier meeting that she believes inspectors want to be part of the solution, but they have faced a hostile reception at some businesses.

“It is my hope by removing any threat of fining on the first offense, we can develop a collaborative spirit between environmental health (inspectors) and our communities,” Barger said.

However, Supervisor Sheila Kuehl said she and her constituents are more worried about business operators who seem to believe it’s easier to pay the fines than comply with the law.

“Our concerns in the 3rd District have been much more around people who have refused to comply or who have continued not to comply,” Kuehl said, noting that the underlying ordinance was aimed at distinguishing between scofflaws and businesses operating in good faith.

Kuehl had asked for more time to consider the language and consequences of the motion and garnered enough support to postpone the decision until this session.

One woman, who identified herself only as Tammy, urged the board to abandon inspections altogether.

“I appreciate that you are trying to take an approach toward more educating and teaching,” she told the board. “I would like to suggest considering possibly just stopping all of these rules and shutdowns of businesses and allow businesses to fully open. Allow people to decide if they want to take the so-called risk.”

Violations that result in fines include failures to screen employees, not reporting outbreaks, employees failing to wear masks or operating indoors when prohibited, Ferrer said. She estimated that the department is responsible for inspecting 50,000 to 60,000 businesses, and guessed that less than two dozen violations had been appealed to date.

Barger suggested that some owners don’t bother to appeal citations they believe are unfair because they don’t want to irritate an inspector who will continue to monitor their compliance.