PALMDALE – Authorities on Thursday released a photo of the 43-year-old man who was found dead near the Palmdale/Lancaster border last weekend, and they appealed to the public for more information.

The incident was reported around 10:10 p.m. Sunday, March 7, on the 2300 block of West Avenue M, according to the Los Angles County Sheriff’s Department.

“Victim Joshua Bermudez was discovered dead on the side of the road… it is believed that [he] may have been walking westbound on Avenue M from the area of Sierra Highway,” according to an LASD bulletin.

In a statement released earlier this week, sheriff’s officials said deputies had responded to the area after receiving a call of a possible hit-and-run.

Anyone with information on this case is encouraged to call the sheriff’s Homicide Bureau at 323-890-5500. Tipsters can also call Crime Stoppers at 800-222-TIPS. 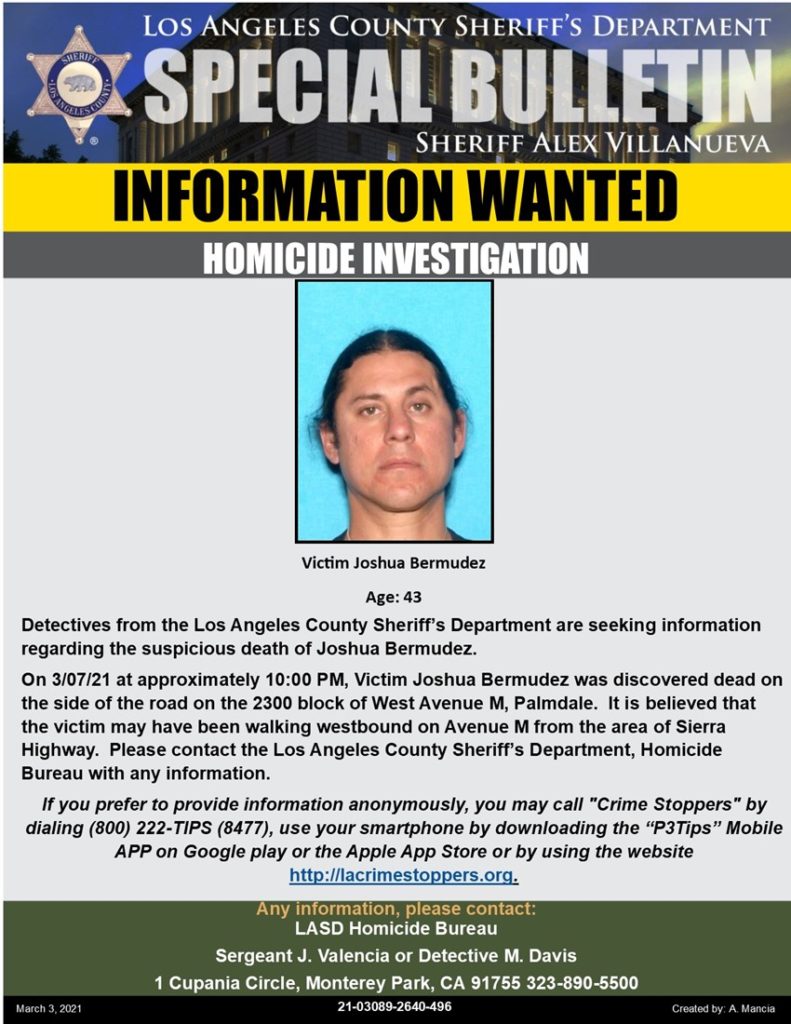