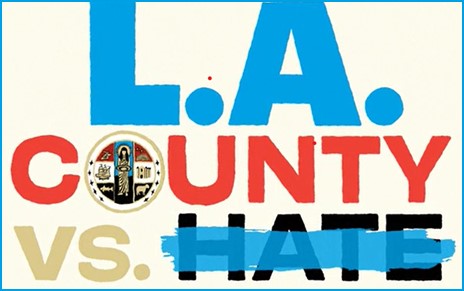 Pointing to a rise in hate crimes and discrimination against Asian Americans and Pacific Islanders since the start of the pandemic, a Los Angeles County supervisor called Monday for more funding to fight the problem.

“Despite our efforts to combat hate, the situation has gotten worse,” Supervisor Hilda Solis said. “Amongst other things, let’s lay the blame where it belongs. This deteriorating situation is partly due to the fact that the person with the loudest bullhorn in the country mocked and denigrated our API communities for the better part of a year.”

Solis will present a motion at Tuesday’s Board of Supervisors meeting asking her colleagues to expand a Human Relations Commission program called LA vs Hate. The program helps victims report both hate crimes and non-criminal hate incidents and get help with counseling, medical costs and other support. Solis estimated that the program’s rapid response network needs another $831,000 annually to more effectively serve the county through a series of community partners.

Hate incidents have continued to climb, especially against seniors, Solis said, with more than 800 attacks ranging from verbal insults to physical violence reported via the county’s 211 information line over the last year.

The county has been tracking hate crimes for more than 40 years and has seen an increase every year for the last six years, according to Los Angeles County Commission on Human Relations Executive Director Robin Toma.

“Our last full year report hit our highest level in 10 years,” Toma said. “There were large increases in 2019 in white supremacist hate crime. We saw the second highest number we’ve ever seen of hate crimes with anti-immigrant slurs … and anti-Asian crime grew precipitously, as well.”

“It is our collective responsibility, it is our collective fight to root out hate and hatred in our communities,” county Supervisor Holly Mitchell said. “Hate is real, it is dangerous and just like COVID, hate can spread rapidly if not addressed head-on.”

“Any act of hate against any one of us is an act of hate against all of us,” Gascón said. “We want to send an unequivocal message that there is no tolerance for hate in our community. That whether you target our brothers and sisters of the API community, LGBTQ community or the Black or the brown community or any other community, we will stand together to make sure that those who are fear mongering, those who are expressing hate will be held accountable.”

Toma urged residents to display the LA vs Hate’s poster on social media or in their window at home as one way to show that they stand against hate and also encouraged victims to report incidents.

More information about LA vs Hate is available at lavshate.org.