LANCASTER – If you recognize this man, then Lancaster Sheriff’s Station detective would like to hear from you.

He is accused of breaking into a residence in Lancaster.

“We know the security camera pictures are not great, however, we are hoping based on the clothing, stature and gait of the man, someone might recognize him and be willing to come forward,” according to a news release from the Lancaster Sheriff’s Station.

At the time of the crime, the suspect was wearing a red baseball cap, glasses and a “fairly distinct Adidas zip up jacket with a hood and stripes on the sleeves,” the news release states.

Anyone with information on the identity or location of this suspect is encouraged to contact Detective Keesee at the Lancaster Sheriff’s Station at 661-948-8466. 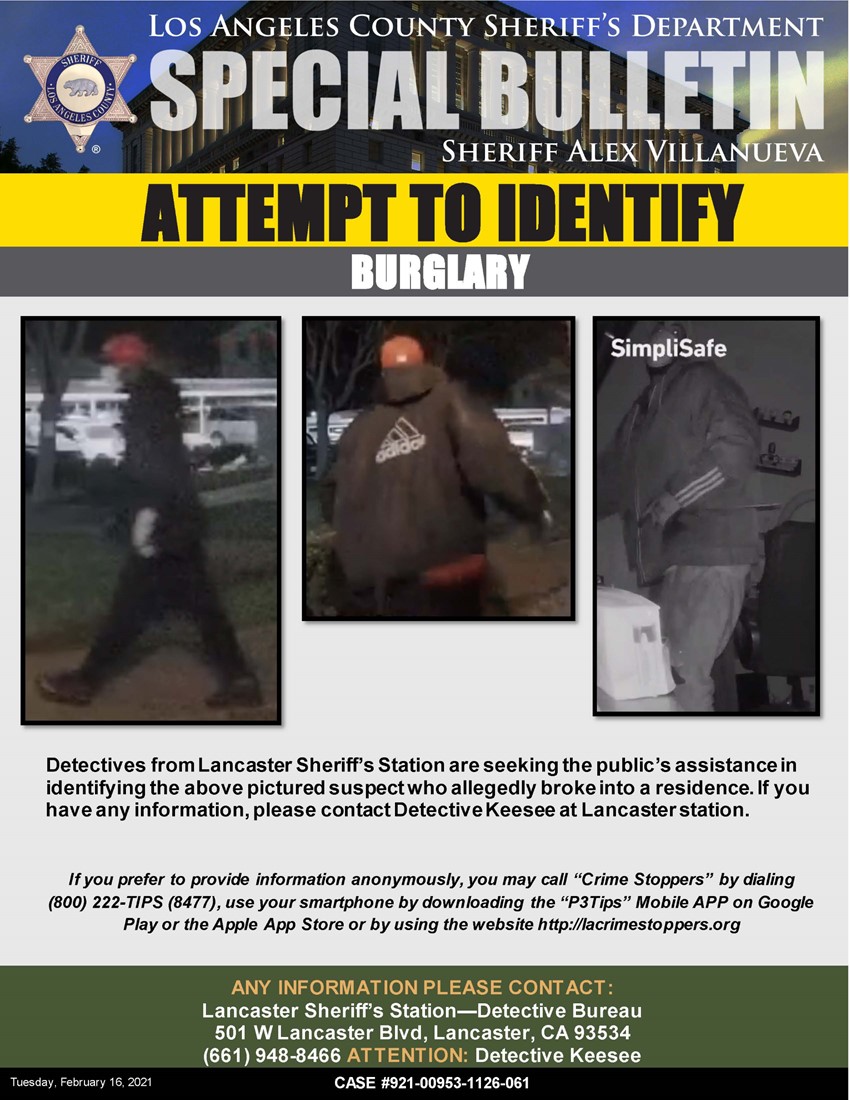