LANCASTER – Investigators at the Los Angeles County Sheriff’s Department Missing Persons Unit  are asking for the public’s help in locating a 62-year-old man who went missing in November.

Scott Luther Ditchfield was last seen on Wednesday, Nov. 11, in the Lancaster area, according to a news release by the Palmdale Sheriff’s Station.

Ditchfield is described as White, about 6 feet 2 inches tall, around 250 to 260, pounds with gray hair and blue/green eyes. He is a resident of California City.

“His loved ones have not seen or heard from him. They are very concerned and asking for the public’s help,” the sheriff’s news release states.

Anyone with information on the whereabouts of  Scott Luther Ditchfield is encouraged to contact the Los Angeles County Sheriff’s Department’s Missing Persons Unit at 323-890-5500. 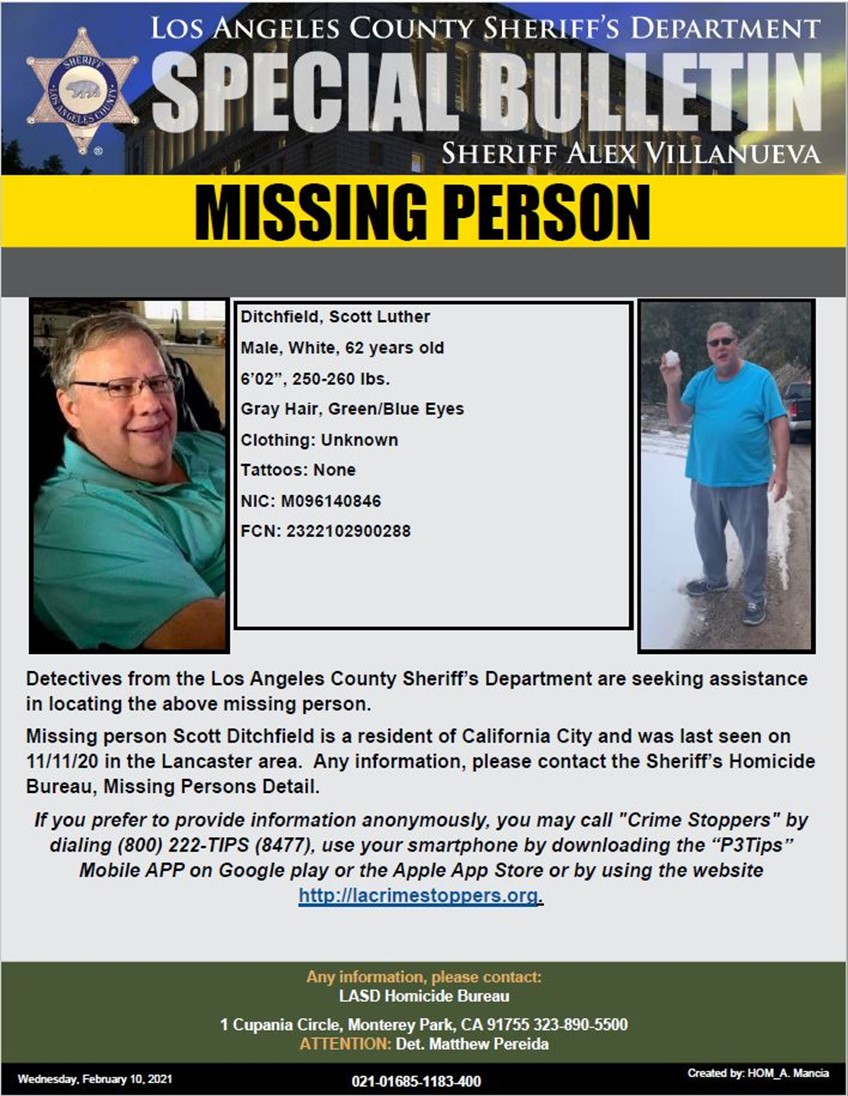