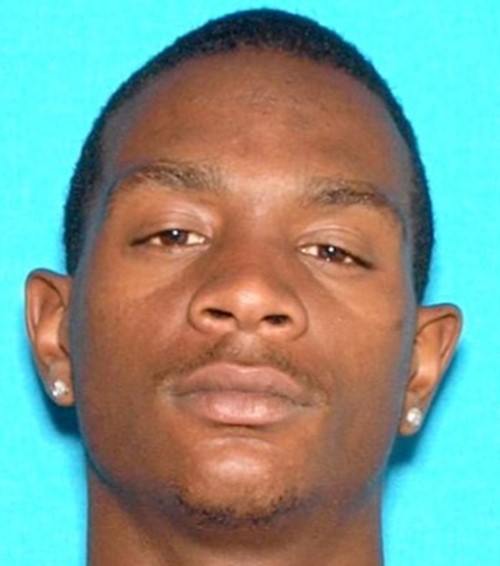 LAKE LOS ANGELES – Local deputies are asking for the public’s help in locating a 27-year-old man with bipolar disorder and schizophrenia who went missing from Lake Los Angeles.

Vincent Edward Caviness was last seen around 1 p.m. Friday, Feb. 5, driving a gray Nissan Altima near his home in the 16400 block of Stagecoach Avenue, according to the Los Angeles County Sheriff’s Department.

Caviness is described as 5-feet, 5-inches tall and 150 pounds with black hair and brown eyes. Caviness has multiple tattoos, including a “V” on his right arm, a “C” on his left arm and the words “So Disrespectful” on his chest, deputies said.

Caviness was wearing a gray sweatsuit and dark shoes when he was last seen, according to the department. The Altima has the license plate number 6NGY738.

Deputies said Caviness’ family has not heard from him and they “are very concerned and asking for the public’s help.” The sheriff’s department is asking anyone with information on his whereabouts to call the lASD Missing Persons Unit at 323-890-5500. 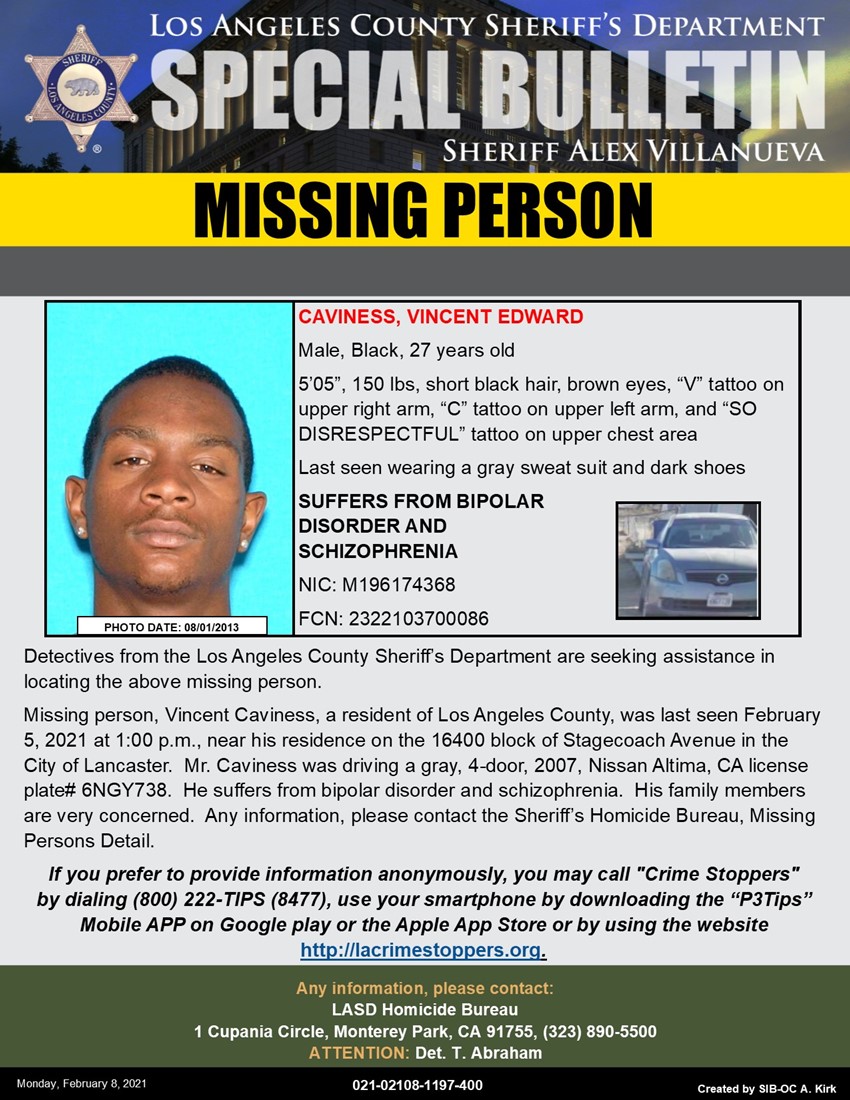